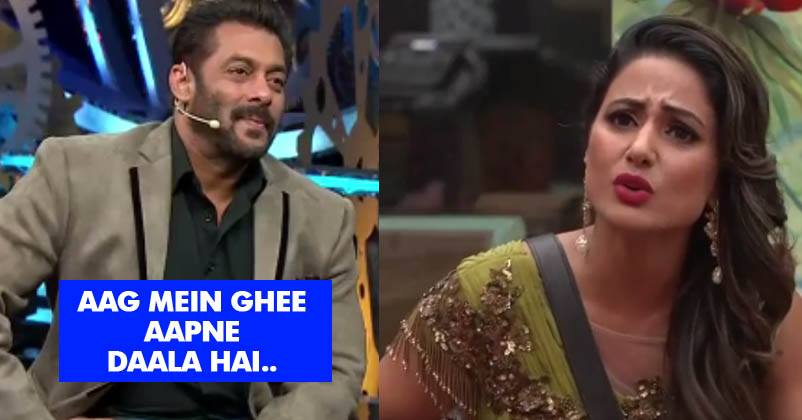 For other housemates, Hina Khan is no less than the “Villain” of the Bigg Boss 11 house. Time and again, she sparks off controversies; we have seen Hina fight over petty issues. In fact, she keeps exaggerating things rather than trying to sort them out.

But as it’s said, enough is enough! Finally, Hina Khan has got it back from Salman Khan in weekend ka vaar episode. Housemates eagerly wait for weekends because Salman perfectly slams all the wrongdoings in the house. This time, Hina Khan seems to be on the receiving end. 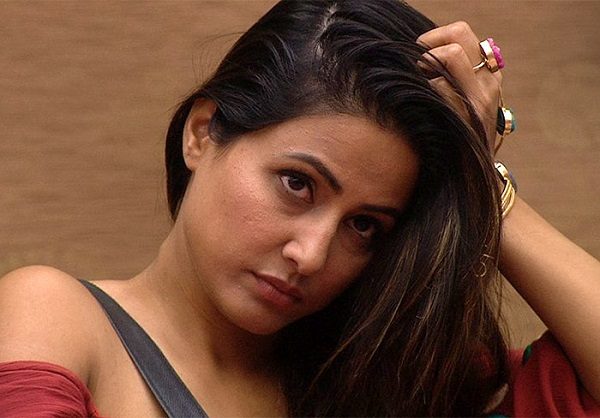 The matter between Benafsha and Aakash Dadlani over the “Private parts talk” had escalated to a great extent. Well, it could have been sorted out casually, but Hina Khan was not interested to do so. She wanted to take that controversy further, which is why she instigated Priyank and Luv Tyagi to go and take revenge from Aakash and abuse him.

On the other hand, Vikas Gupta tried to sort it out in a calm manner. God knows what pleasure Hina Khan gets with such fights! Even during the egg task, Hina was seen provoking Priyank and Luv. Why is she doing this? Is everything planned? Well, she won’t be able to escape Salman’s anger this time. A promo is out, which shows Salman lashing out at her for putting “Ghee” into the “Aag”. Watch the video;

This is how people reacted; in fact, many were happy that Hina got slammed…

Today’s episode will be worth watching #BB11 #HinaExposed

LOL, they are having fun and are eager to see Hina Khan being slammed. What’s your personal opinion? Who was wrong, Hina, Benafsha or Akash?

Priyank Sharma In Trouble, He Might Get Arrested From The Bigg Boss House
Kapil Returns On Colors TV After 2 Years. This Episode Will Surely Break All TRP Records