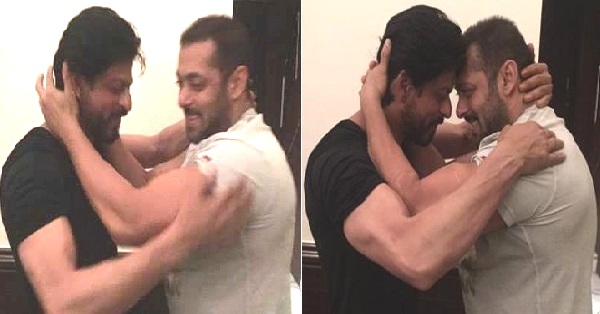 The King Khan of Bollywood turned 50 yesterday and to celebrate the occasion, he hosted a party last night and almost all the celebrities of film industry attended the party. However, all the eyes were fixed on the stylist hero of Bollywood, Salman Khan.

The Dabbang star not only attended the party but also taught some moves of Sultan to the Badshah Khan, and this information is shared by none other than Shah Rukh Khan. He said this on the micro-blogging site Twitter where he shared a photo with the statement, “Bhai teaching me the moves for Sultan on my birthday.”

Bhai teaching me the moves for Sultan on my birthday. pic.twitter.com/om1v2753u9

Salman had given birthday wishes to Shah Rukh, one day earlier this time and he wished Shah Rukh and his family, happiness, prosperity and good health, in a group interview of Prem Ratan Dhan Payo.

7 Tourist Places Of South India Which Are Still Unexplored..!!
MUST WATCH:This Underwater Temple In Bali Is A Beautiful Art By Nature