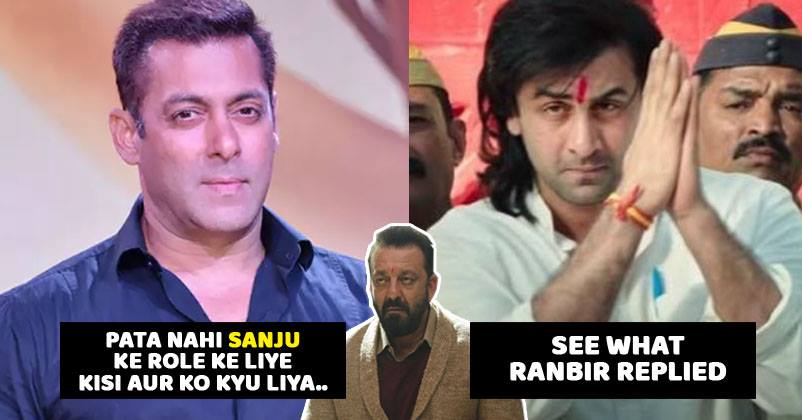 Not many days are left in the release of Ranbir Kapoor starrer “Sanju” which is the biopic of Sanjay Dutt. Trailer of the movie was released some days ago and we must admit that Ranbir has simply nailed it in the portrayal of Sanjay Dutt.

People appreciated the trailer as well as Ranbir’s performance who has tried his best to do justice with the character. In fact, it won’t be wrong to say that the trailer has increased audience’s expectation and hope from the flick and people are eagerly waiting for “Sanju” to release.

Some days ago, Salman Khan was busy in the promotions of “Race 3” and for the same, he gave many interviews and appeared in several events and shows. In an interview, Salman was asked about Ranbir portraying Sanjay Dutt in his biopic. To this, the “Sultan” actor gave a weird reply and said,

“Whenever Sanju wants to make a comeback, he will. It is all left to Sanjay Dutt, the day he thinks ‘I want to come back, he will be back’.”

Salman also expressed his sense of amazement on choosing any other actor to portray the role of Sanjay Dutt when the makers are showing his life’s last 8-10 years.

Indisputably, Salman and Ranbir don’t share a cordial relationship after Katrina separated with Salman and indulged in a relationship with Ranbir. Moreover, Salman is close to Sanjay and Ranbir playing Sanju in the biopic is something that might have hurt him.

In an interaction lately, Ranbir gave a reply to Salman’s statement and said, 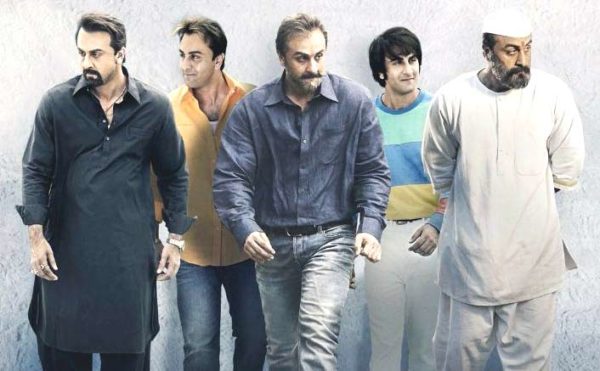 “It has never happened that a person played himself in his own biopic. This destroys the effect of a character. I knew that I will be compared to Sanjay Dutt and that is why I have tried my best to do justice to his role.”

“Whether people see me in 40-year old Sanjay Dutt’s avatar or 20-year old, they should feel that they are watching an artist who is playing Sanjay Dutt. It is correct that I cannot become a second Sanjay Dutt.”

What do you have to say about Ranbir’s remarks? Do you agree with him?

Shahzad Commented On Virat’s Fitness But When He Got Run Out, Twitter Trolled Him In An Epic Way
Aamir Khan Wished Luck To Salman Khan. Fans Warned Him