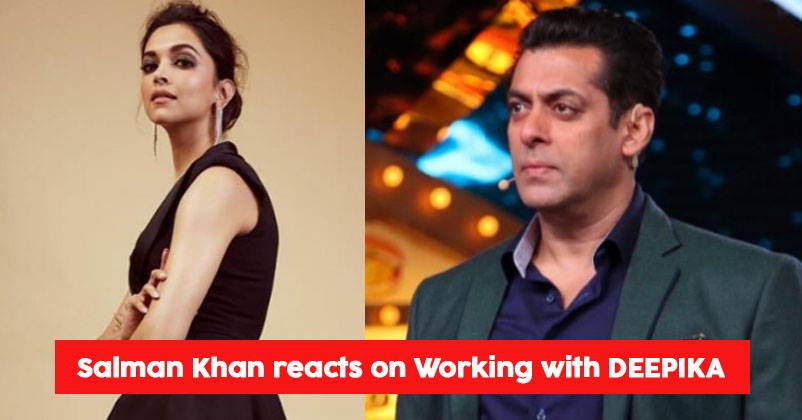 Salman Khan is undoubtedly one of the biggest stars of Bollywood and he has a huge fan following not just in India and its neighboring countries but also in other parts of the world. Every actress of Bollywood will love to work with the “Sultan” actor but there is one actress with whom we all will love to see him acting.

We are talking about none other than the Mastani of Bollywood, Deepika Padukone who made her debut with Shah Rukh Khan in “Om Shanti Om”. Now she is one of the highest paid actresses of the Hindi film industry; in fact, she has been paid more than her male counterparts too.

He also made it clear that as of now, there are no plans of him working with the “Padmaavat” actress as in “Bharat”, Katrina Kaif is playing the female lead and she will be seen again with him in the third part of Tiger series.

Salman also told that Sonakshi will be with him in the third part of “Dabangg 3” while in “Kick 2”, he will share screen with Jacqueline Fernandez. Moreover recently, we told you that he will be working with Alia Bhatt in Sanjay Leela Bhansali’s “Inshallah”.

Well, it will definitely be a visual treat for fans to see Salman and Deepika together in a movie. What do you say?

Kangana Ranaut Heavily Slammed Alia & Ranbir For Not Talking On National Issues. See The Video
Rajasthan Police Used Alia’s Meme From “Kalank” For Anti-Drug Campaign. This Is How Varun Reacted