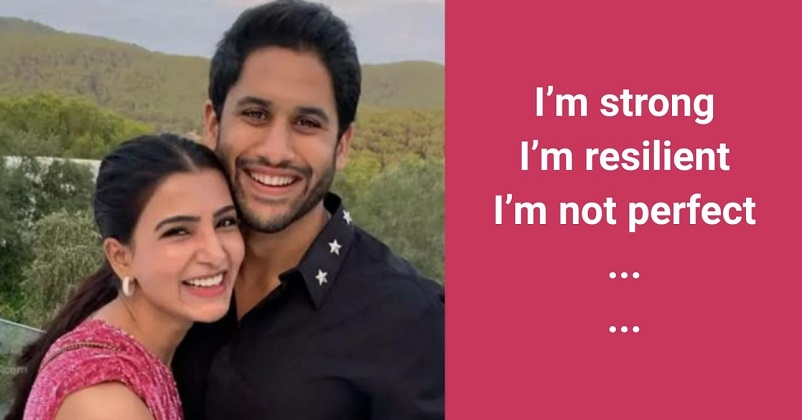 Samantha Ruth Prabhu, the famous south Indian actress, is one of the most popular celebrities of the present times and her fans are very much concerned about her as some time back, she got separated from her husband Naga Chaitanya after four years of marriage. 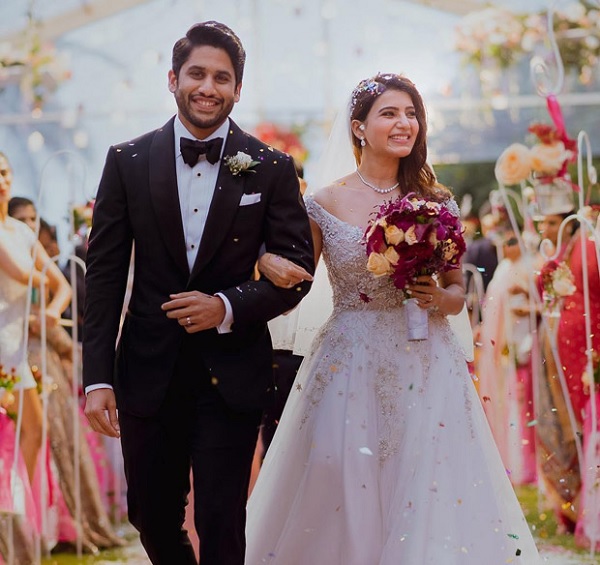 She is quite active on social media and since her divorce, she has been posting motivational and inspirational posts on her official Instagram account. Recently she took to the photo-sharing site and shared a quite wise and inspirational post which reads, “I’m strong, I’m resilient, I’m not perfect, I’m the perfect me, I never give up, I’m loving, I’m determined, I’m fierce, I’m human, I’m a warrior,” and captioned it as “#MyMommaSaid”. 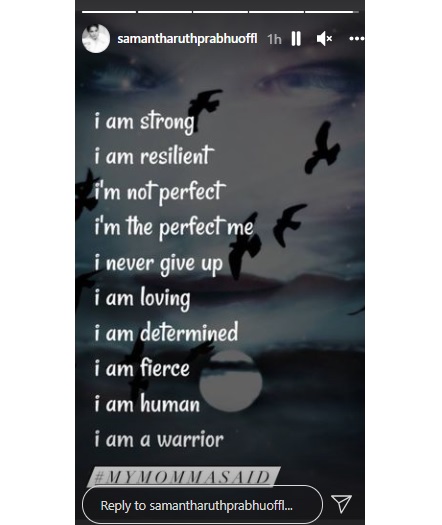 Earlier, The Family Man 2 actress shared a post which she asked parents to invest in their daughters’ education rather than worrying about their marriage. The post emphasized on making girls confident and on teaching her how to love herself.

Samantha was praised a lot by her fans after she refused to accept the huge offer of Rs. 200 crore which was given by Naga Chaitanya and his family as one-time payment for alimony. In her next movie, Samantha Ruth Prabhu will be playing the character of Shakuntala in the mythological drama Shakuntalam which will be directed by Gunasekhar. The movie is based on Abhigyan Shakuntalam, a Sanskrit play by the Indian poet Kalidas. 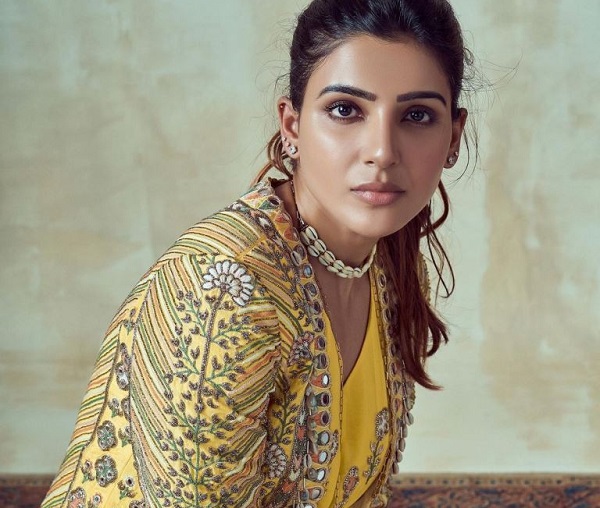 If reports are to be believed, Samantha Ruth Prabhu may also make her Bollywood debut soon. It is being said that she is in talks for a female-centric movie which is going to be produced by Taapsee Pannu’s production house.