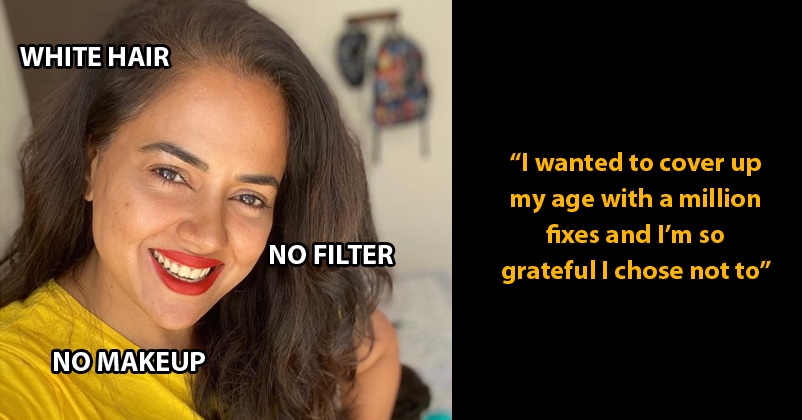 The looks are of great importance in the film industry and not just the actresses but the actors also choose to go under the knife in order to make themselves look young. However, there is one person from B-Town who wants the world to see her as she is in reality. That’s not all, she also wants people to love and adore themselves as they are. 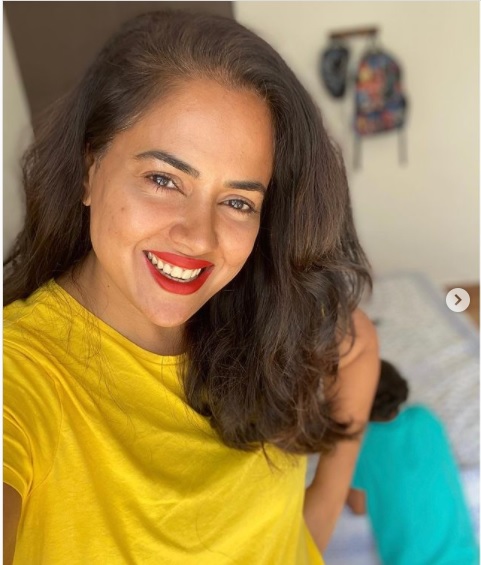 We are talking about the actress Sameera Reddy who once took the film industry by storm with her beauty and s*nsuality. Recently, she has given an interview to a leading daily in which she has talked about sharing her photos with grey hair, textured skin, etc. and the manner in which her fans respond to it.

Sameera stated that when she showed her stretch marks, grey hair and belly on the social media, many people slammed her and unfollowed her. She further adds that she is happy that such people have unfollowed her because she wants only right people to follow her and she is grateful to those who are following her.

Talking about the slamming that she gets, she really does not care about it but she has no idea why people become unhappy because of her white hair. She also revealed that many of them asked her to cover it up and several others even went on to ask what’s wrong with her.

Sameera Reddy is of the opinion that social media is not a place where people can make others happy and such unreal parameters have been set for beauty that now we have become victims of it and we are unable to break this process. She says that she doesn’t blame people for not being able to cope up with the real image of someone on the social media because we have conditioned in such manner for a long time now.

Do you agree with Sameera Reddy that people should love as they are rather than trying to cover up their age?

Nawazuddin Slams Superstars For Fake Acting, Has A Piece Of Advice For Young Aspiring Actors
Pooja Bedi Got Heavily Slammed For Saying “Live Without Fear Of Virus” In Her Videos From Goa