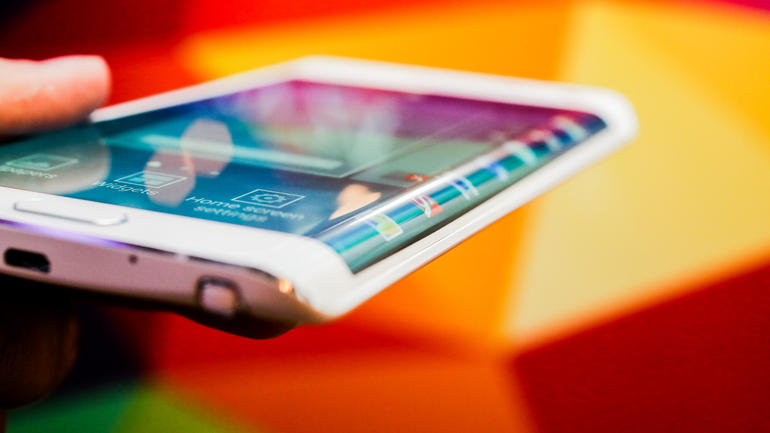 Following the trend in last few years from Samsung, they are sure to release a new flagship called the Samsung Galaxy S6 by March next year.And leaks are already pouring in.According to a recent report, the upcoming flagship model will have an edge version (like the Samsung Note Edge) beside a normal version.This is surely exciting as we have already seen the edge display in action on the Note Edge which was revealed in September at the IFA 2014.The secondary display is curved onto the right side in the Note Edge and shows shortcuts and widgets for apps. Other leaks suggest the following configurations for the new flagship aka the Samsung Galaxy S6 –
1.Snapdragon 810 or Samsung’s Own Exynos 7420(64-bit)
2.16/20MP Shooter on the back and 5MP on the front.
3.There should be 16/32/128 GB Internal Storage on the device itself.
Reports also claim that this device might look different than its predecessor aka the Galaxy S5.Samsung Galaxy S6 is initially codenamed as “Project Zero”.Though after almost 3 months of the Note Edge, there are still only few apps which support the curved display actions.Therefore the need of the S6’s curved display is questionable.And the S5 also didn’t sell like its predecessor aka the Galaxy S4(S5 sold 40% lower than expectation).Now let’s see if the S6’s edge variant can boost Samsung’s sales.
But last of all, remember, all this are leaks.Nothing is officially declared till now.

So are you excited about this device?Are you gonna buy it when it arrives on the market?