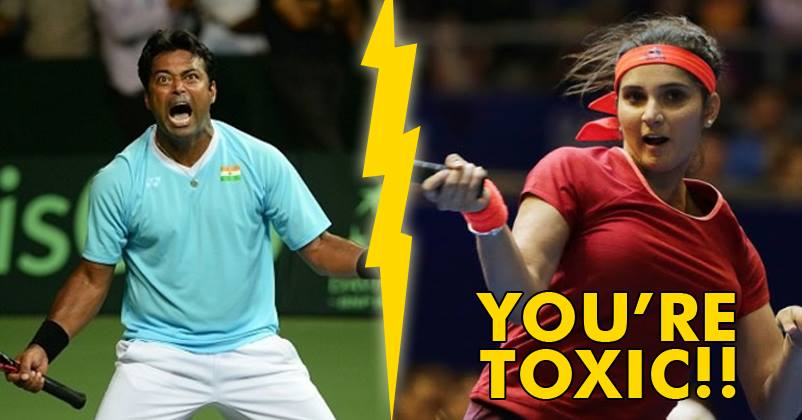 Leander Paes’ scornful remarks on India’s tennis team selection for the last two Olympics has received bitter responses from both Sania Mirza and Rohan Bopanna. During the Davis Cup tie between India and Spain in New Delhi, Paes again brought up the issue of India’s tennis team selection, said that India sent the wrong team to Rio Olympics. It should have been him and Sania Mirza instead of Rohan Bopanna, he said in his comments. He explained how the wrong team selection is the reason why India is missing out on a medal in the mixed doubles event at the recently concluded Rio Games. In the post-match press conference, Paes complained about the team selection for Olympics, he said,

“I can very clearly say that in this Olympics and the last Olympics we didn’t put the best team forward. This Olympics the mixed doubles was a great opportunity. What more does a man need to do than win four Grand Slams in 14 months.”

Sania Mirza and Rohan Bopanna had been picked to represent India at the Rio Olympics and the duo lost in the semifinals, before going down in the bronze medal playoff as well.

Hours after Leander Paes’ comments on India’s tennis team selection for the last two Olympics, world No.1 in women’s doubles Sania Mirza took it to Twitter. Mirza took an apparent dig at Paes without even naming him. She wrote,

The ONLY way to win with a toxic person, is not to play!!! #karmaiswatching #zenmode 😇🙏

Bopanna retweeted Sania’s message. He took a not-so-subtle dig at Paes, he said,

At it again!! …the usual ploy to stay in the news by slanging fellow players in media. #Patriotism This isn’t the first time that the cold war between Paes and Bopanna/Sania has dominated the headlines. But the war of words has just begun. Paes is yet to respond to the tweets.

Do you think that AITA’s decision of pairing Sania-Rohan to represent India at the Rio Olympics was wrong? Do you agree with Leander Paes? Do share your views and opinions in the comments!