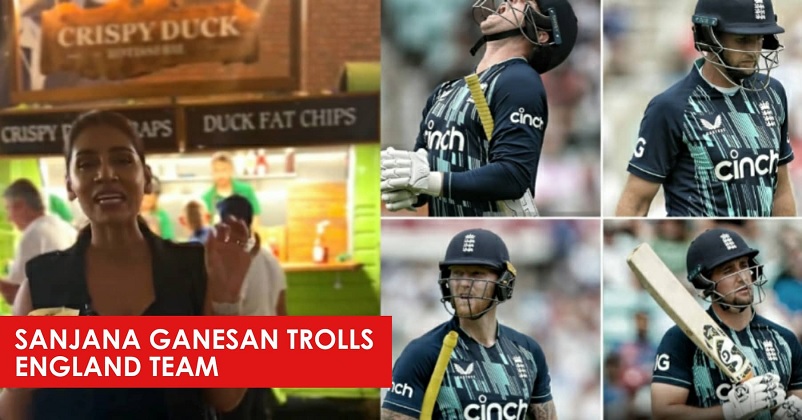 The England cricket team suffered a crushing defeat at the hands of the Indian squad in the first ODI of the 3-match series which was played yesterday at The Oval. The toss was won by the visitors and they chose to bowl first which was certainly the best decision as the Indian bowlers bowled out the English team for just 110 runs in 25.2 overs. 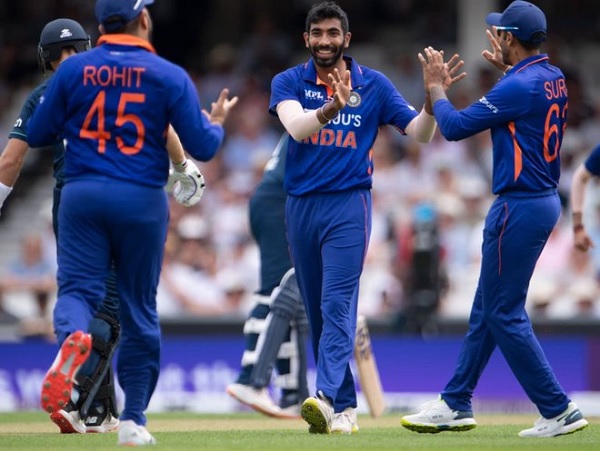 The top scorer for England was the skipper Jos Buttler who scored 30 runs before falling prey to Mohammed Shami. For India, it was Jasprit Bumrah who took the most number of wickets (6/19) and out of these six, three batsmen (Jason Roy, Joe Root and Liam Livingstone) were dismissed for duck. One more English batsman who got out for duck was Ben Stokes and his wicket was taken by Mohammed Shami.

While Jasprit Bumrah was making lives of the English batters hell on the ground, his wife Sanjana Ganesan who is a very famous sports journalist was trolling the English batters on television. Sanjana took the viewers to the food stalls area where she talked about a food stall titled as ‘Crispy Duck’ and said, “We’ve come to a stall that not a lot of English batters would like to come to. It’s called the ‘Crispy Duck’. We’ve got a duck wrap is, and we will see how good the duck off-the-field is. Because the ducks on the field have been absolutely fantastic.” 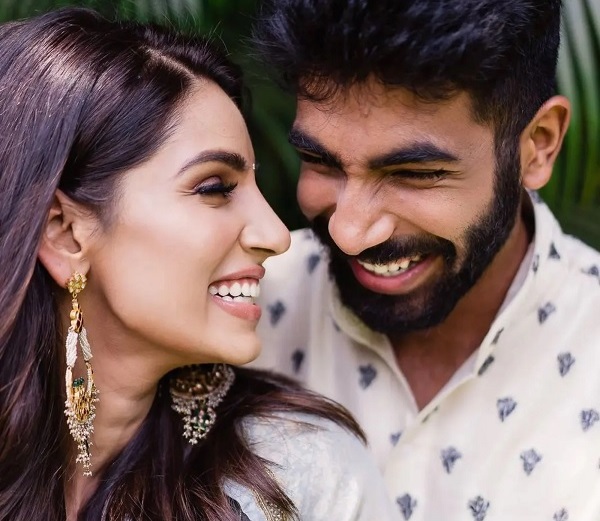 The Sony Sports Network posted the video with the caption, “While our bowlers bagged some duckss on the field, @SanjanaGanesan ‘wrap’ped up some ducks off the field at #TheOval”.

The Indian skipper Rohit Sharma played a brilliant knock of 76* and he was well supported by Shikhar Dhawan who scored 31* and both of them ensured that their team won the match without losing any wicket.

Jasprit Bumrah was adjudged as the Player of the Match and some former cricketers such as Sachin Tendulkar and Nasser Hussain got so impressed with him that they declared Jasprit Bumrah the best pacer of the present times across all the formats.

That was quite good trolling by Sanjana Ganesan! What do you say?