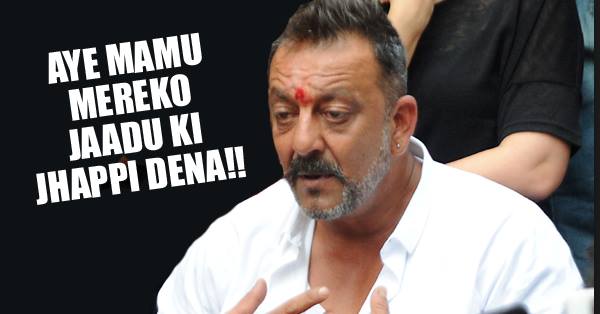 Since the day of Sanjay Dutt’s release from Yerwada jail, celebrities haven’t stopped visiting his residence for congratulating him. Last week, Sanjay Gupta, David Dhawan, Ameesha Patel and Shilpa Shetty dropped in at his residence, but yesterday someone ‘BIG’ visited him. Yes, SRK or the Badshah of Bollywood arrived at Dutt’s residence after he wrapped the late night shoot of ‘Raees’. The way Sanjay and SRK hugged and met each other was quite emotional. Sanjay became very emotional and gave a tight hug to SRK for taking out some time and visiting him, in spite of his busy schedule. Apart from Shahrukh, other celebrities who came yesterday were Yo Yo Honey Singh, Jackie Shroff and Suniel Shetty.
If you aren’t aware, Sanjay and SRK had last met at a party that Sanjay had thrown for his success of ‘Agneepath’. However, the event was not quite famous.

Continue Reading
You may also like...
Related Topics:Sanjay Dutt, Sanjay Dutt Became Super Emotional When This Actor Tightly Hugged Him After Release!, SRK

Don’t Miss Out The Twitter Cat Fight Of These 2 Actresses! You Would Find It Truly Amusing!
Shah Rukh’s Son Aryan Khan Performed This Superb Stunt & His Video Went Viral