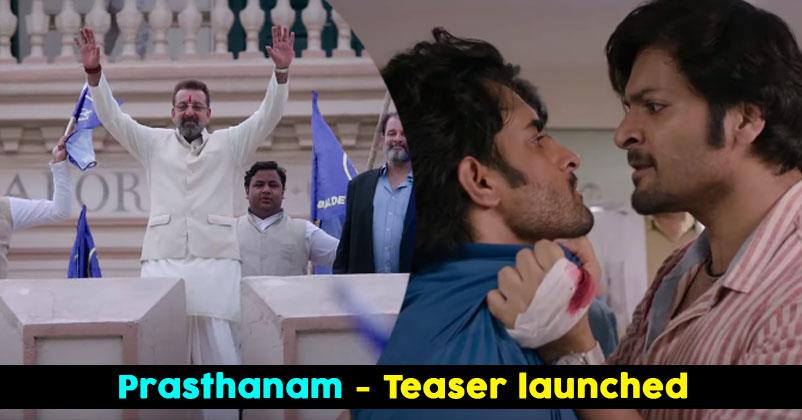 Sanjay S Dutt Productions released the teaser of their upcoming film ‘Prasthanam’ on the eve of Sanjay S Dutt’s 60th birthday. It is a political action thriller and a remake of 2010 released Telugu film of the same name.

The event was attended by the media and more than 180 fans who came out to support and wish the actor on his birthday. One of Dutt’s ardent fan – a rickshaw driver revealed that he provides free service to all his riders on Sanjay S Dutt’s birthday. Inspired by the actor, he has also started a foundation.

Check out the highlights of the teaser launch in the below link:

The genre is quite old for Dutt but this time he is neither fighting crime nor is the criminal, well not technically. He is playing the role of a politician and as the teaser suggests, it is the war of legacy. The film promises violence, drama, emotions, action, and thrill. Nothing less can be expected from a Sanjay Dutt starrer.