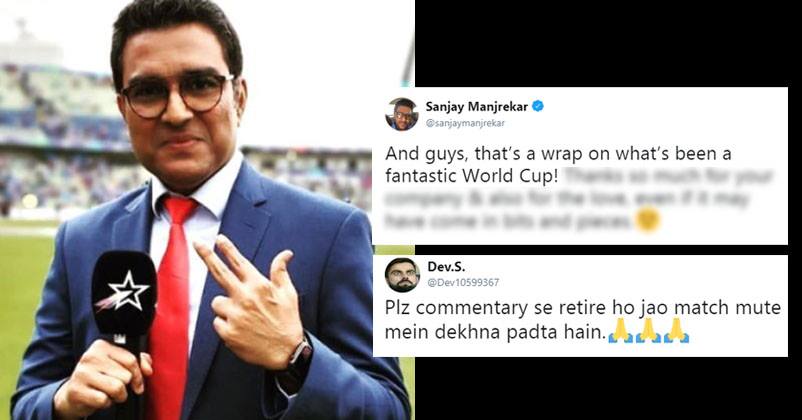 Former cricketer and Indian cricket commentator Sanjay Vijay Manjrekar has been given a hard time by the critics and sports lovers. During this year’s ICC World cup, which ended just a day ago Sanjay was trolled several times for his boring commentary and taking a jibe at various players.

From behind the mike, Manjrekar called MS Dhoni a ‘watchdog behind the stumps’ for which he received slamming and fans even complained about him to ICC. Later in his tweet, he called Ravindra Jadeja a ‘bits and pieces player’. Jadeja lost his calm and gave him a befitting reply on Twitter as well as on the ground against Sri Lanka at the Headingley in Leeds.

As Sanjay hadn’t had enough of slamming and trolling he posted a farewell tweet after the WC was over. He called fans’ love which he received was in ‘bits and pieces’. Netizens bashed him bitterly for that. 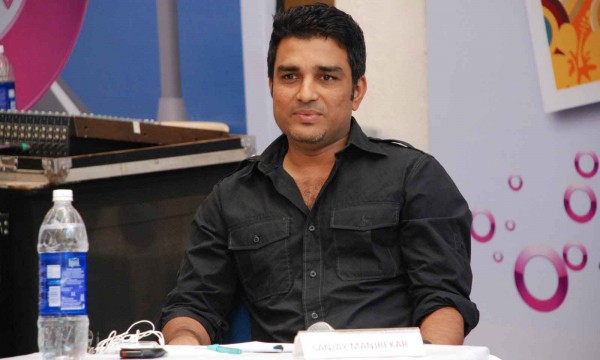 He wrote, “And guys, that’s a wrap on what’s been a fantastic World Cup! Thanks so much for your company & also for the love, even if it may have come in bits and pieces.”

And guys, that’s a wrap on what’s been a fantastic World Cup! Thanks so much for your company & also for the love, even if it may have come in bits and pieces.😉

See how angry cricket fans trolled and slammed him for his commentary and controversial comments.

So, sanjay manjrekar loved abuses in bits and pieces.

‘Intent’ and ‘Bits and pieces’ are the words to b learnt from this year’s #CWC19.

Finally some relief for ears ..we're really fed up with ur baseless and intentless commentary ..

Stop milking it. You're supposed to make it a better experience for the viewers, not a bitter experience. Hopefully along with Team India you re-evaluate how you go about things as well.

You are (were) neither a good crickter nor a good commentator. I always mute my tv when you start talking.

Showing Manjrekar commentary to others pic.twitter.com/eL9bJ4tqsq

Mallya Replied To Trolls Calling Him Chor After His Pic With Gayle Went Viral, Got Trolled Again
Zomato India Tweets About ‘SAVE WATER’ Twitter Erupts With Hilarious Comment Thread