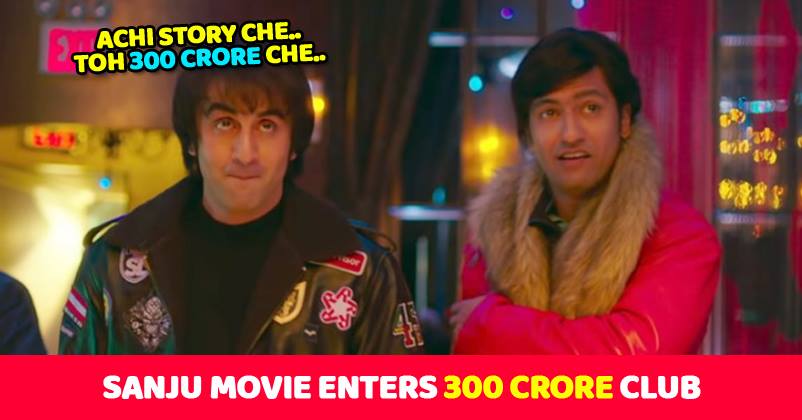 Getting an entry in the 300 crore club is something to be proud of for every actor, director and producer and the latest entrant to it is none other than Rajkumar Hirani’s “Sanju”.

Ranbir Kapoor starrer movie that is a based on the life of Bollywood actor Sanjay Dutt got a great opening and crossed Rs. 100 crore mark in just 3 days of its release. It becomes more commendable considering the fact that it was a non-holiday, non-festival release and there was no Khan in the flick.

Within a week, “Sanju” reached the 200 crore club and now there is a great news for makers as it has entered the 300 crore club in just 16 days.

While Ranbir Kapoor has impressed everyone with his superb acting skills, director Rajkumar Hirani has once again proved that he is one of the best storytellers of Bollywood. It is definitely a very special moment for Ranbir Kapoor as he badly needed a hit under his belt and with this film, he has become the youngest actor whose movie has made it to 300 crore club. 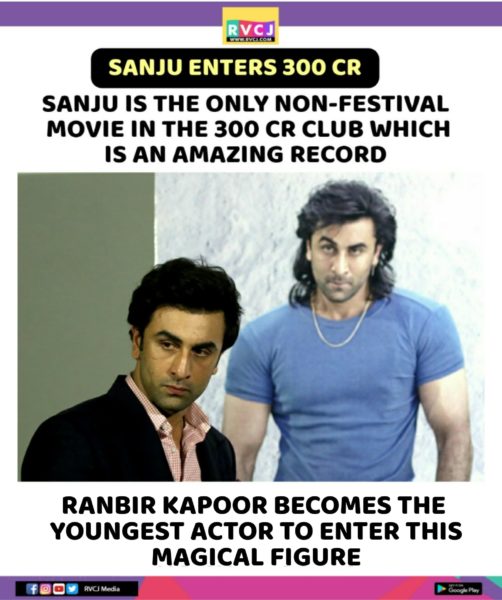 Till now, only six movies reached the 300 crore club with Aamir Khan starrer “PK” being the first one, followed by Salman Khan’s “Bajrangi Bhaijaan” and “Sultan”. Aamir Khan once again came back in this club with “Dangal” and Salman again followed him with “Tiger Zinda Hai”. Shahid Kapoor, Ranveer Singh and Deepika Padukone starrer “Padmaavat” also made it to the 300 crore club after overcoming a lot of problems and controversies. 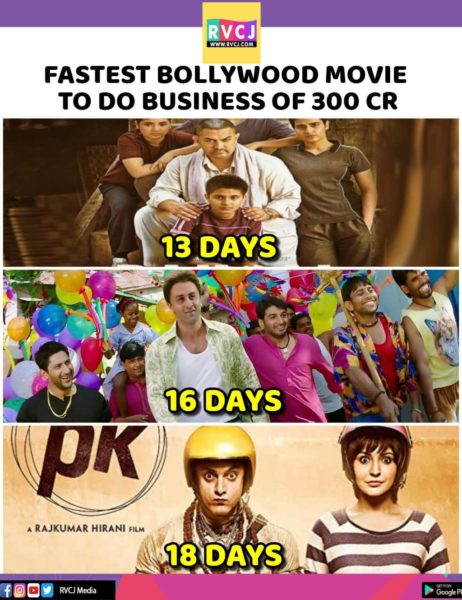 Salman Khan is the only actor with 3 movies in the prestigious 300 crore club while “Sanju” is the seventh entrant in it. The dubbed Hindi version of “Baahubali 2” is the only film to cross Rs. 500 crore mark on the Indian box-office.

Which movie do you think will be the next to enter the 300 crore club?

Someone Asked SRK, “How Many Times Do You Poop?” He Had The Coolest Reply
Dhoni Couldn’t Perform Well In India Vs England & Got Criticised. Here’s How Kohli Shut Haters Down