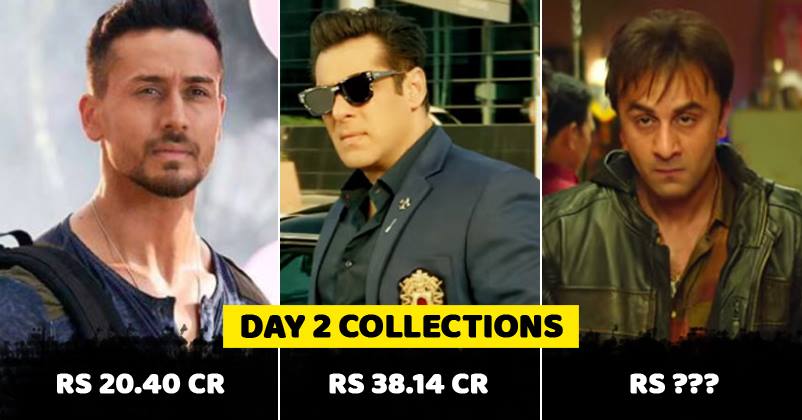 Ranbir Kapoor starrer “Sanju” which is based on the life story of Bollywood actor Sanjay Dutt released yesterday. The flick has already been in news for all good reasons ever since its trailer released and people were just not able to wait for watching it in theatres after seeing Ranbir’s superb acting in the trailer.

Director Rajkumar Hirani held a special screening of the film too which was attended by some B-Town celebrities including Sanjay Dutt, Manyata Dutt, Ranbir Kapoor, Alia Bhatt, Imtiaz Ali, A R Rahman, Manisha Koirala, Fatima Sana Shaikh, Neetu Kapoor, Vidhu Vinod Chopra and few others. After the flick hit the theatres, social media was flooded with positive comments and the movie was highly acclaimed by critics too. It is called another masterpiece by the brilliant director Hirani who has bequeathed the film industry with few superhit movies earlier as well.

Now if the content and performance are so strong, it’s natural for the film to drag viewers to theatres and the result was clearly apparent in its first day collections! It minted whopping Rs 34.75 crore on its opening day which made “Sanju” the highest opener of the year and the second highest non-holiday opening of all times after S. S. Rajamouli’s magnum opus “Baahubali”.

Talking about the second day collections of the flick, “Sanju” showed a significant growth and earned Rs 38.25 crore (approximately) on Saturday. 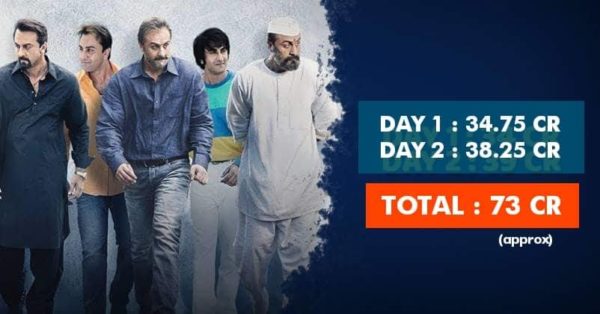 Needless to say, it has proved to be beneficial a lot for Hirani and Ranbir Kapoor as Taran Adarsh tweeted, “The two Rs – Rajkumar Hirani and Ranbir Kapoor – are the biggest beneficiaries from #Sanju… Hirani has consolidated and cemented his status with yet another SMASH HIT… Ranbir needed a Hit, the massive BO numbers to bring him back and yes, he’s back with a vengeance.”

The two Rs – Rajkumar Hirani and Ranbir Kapoor – are the biggest beneficiaries from #Sanju… Hirani has consolidated and cemented his status with yet another SMASH HIT… Ranbir needed a Hit, the massive BO numbers to bring him back and yes, he's back with a vengeance.

The figures are expected to be even better on the first weekend and it seems that it will easily enter the 100 crore club on Sunday itself. Let’s wait and watch!

Did you watch “Sanju” yet?

Rahul Sharma Is All Set To Make Bollywood Debut. He’s Very Handsome
Sourav Ganguly Picked GOAT Footballer And He Is Not Messi & Ronaldo