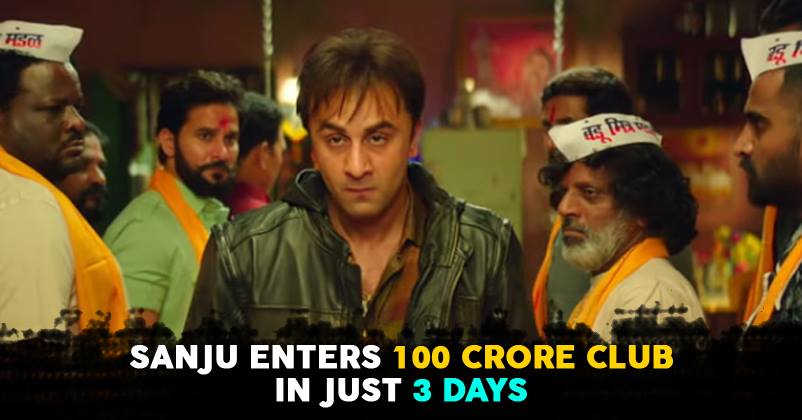 Sanju is doing really awesome at the Box Office. Since the 1st day of release, the Ranbir Kapoor starrer has been minting a good amount of money.

On Friday and Saturday, the film collected 73.35 crores. However, the Sunday numbers were really “HUGE” and the film has already entered the 100 crores club.

Ramesh Bala tweeted the early estimates of the film;

As per the film critic, the movie earned a whopping 44 crores on Sunday, thereby taking the total to 117 crores.

Sanju has impressed the audience with its amazing plot. It revolves around the life of Sanjay Dutt and the ups and downs that he faced in life.

The movie is sure to break many records as it has already become the highest opener of 2018. If Sanju continues to run at this pace, then it might very soon enter the 200 crores club as well. This Ranbir Kapoor starrer has even left Salman & SRK movies behind. 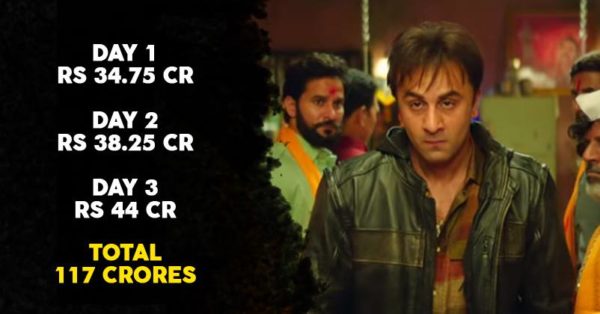 The film is definitely going in the right direction. Hope it earns huge sums really soon.

Continue Reading
You may also like...
Related Topics:Collections, movie, Sanju

Sanjay Dutt Was Kidnapped By Dacoits When He Was 3. Know The Interesting Details
This Man Finally Revealed The Reason Why Ronaldo Does His Trademark Stance Before Taking Free-Kicks