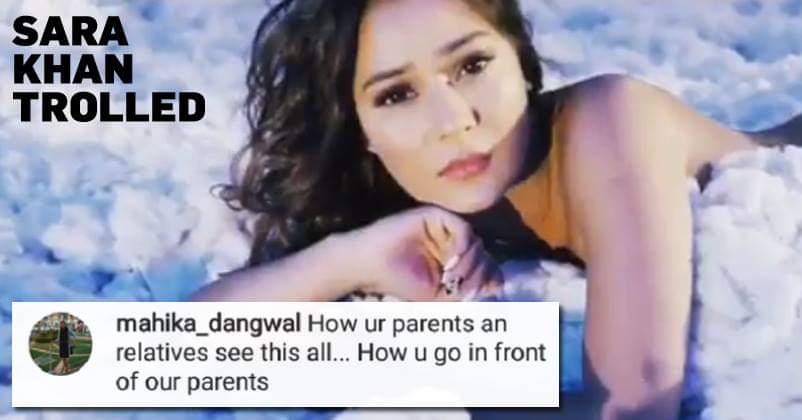 Sara Khan shot to fame with Bigg Boss, there is no denying that. Fierce. Controversial. Scandalous. She had every quality that you look for in a Bigg Boss contestant. 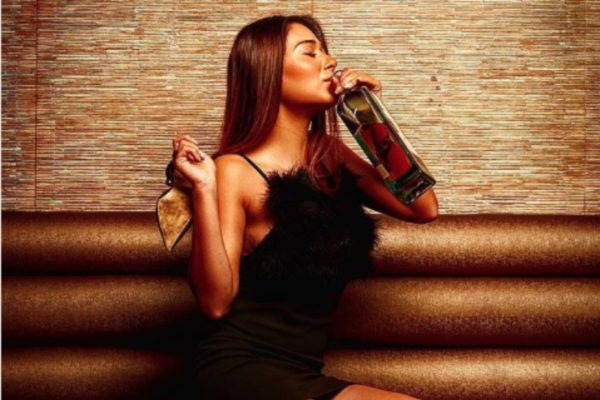 However, Sara Khan seems rather determined to maintain her status as the controversial star of B-Town. From posting sultry pictures of herself to shutting down haters, Sara is a social media sensation.

Post Bigg Boss, she has been in the limelight for a number of reasons. She seems to have adopted the policy that no publicity is bad publicity, and is willing to do anything to grab the spotlight. 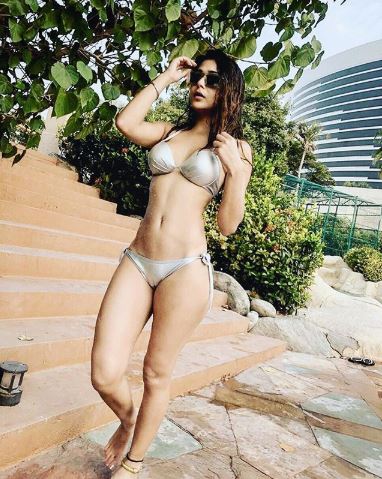 A few days ago, she posted a steamy picture of herself in a bikini and was badly trolled in return. However, she was confident and unaffected by her haters’ comments.

Following that, she had a very public spat with her sister, which was melodramatic to say the least. Now, Sara has hit the headlines for a completely different reason.

On her Instagram profile, Sara put up a picture of her song, “Black Heart”, where she has posed nude. In a really hot picture, Sara has written that the wait is finally over and she seemed really excited to share the first look. Check it out here:

She has even posted a teaser for the song. Check it out:

However, Sara has been brutally trolled for her picture. Several people have commented that she has objectified women through her post and that it is shameless on her part. Many people have even said that Sara who is a Muslim has hurt religious sentiments and have called her shameless. They also said that she should have been more cautious. Check out the comments here:

What do you think of her picture?

This Contestant Has Been Evicted From The Bigg Boss House, The Name Will Surprise You
Mirzapur Actress Sweety Aka Shriya Pilgaonkar Looks Hot In Real. You Can’t Miss Her Pics