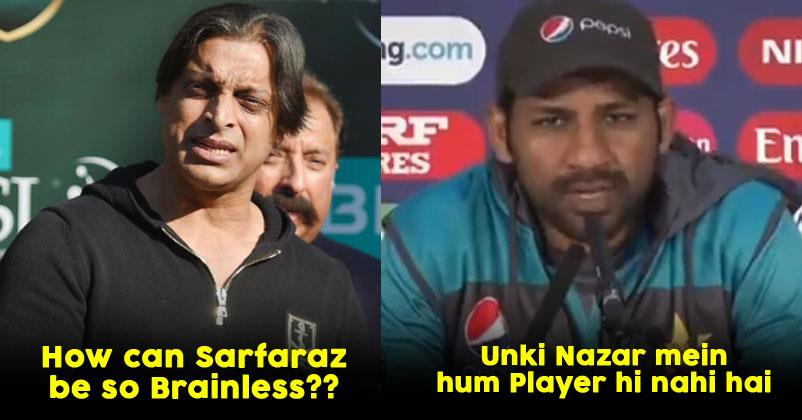 Pakistan has already played 6 matches in the ongoing ICC World Cup at England, Wales and only won 3 matches in the mega event of the cricketing world. The Pakistani cricket team was brutally trolled after they were defeated by their arch-rival India.

Former Pakistani fast bowler Shoaib Akhtar posted a video on his Youtube channel where he slammed the Pakistani captain for his miss management on the field and opting to bowl first regardless of winning the toss. Shoaib Akhtar even called Sarfaraz brainless. 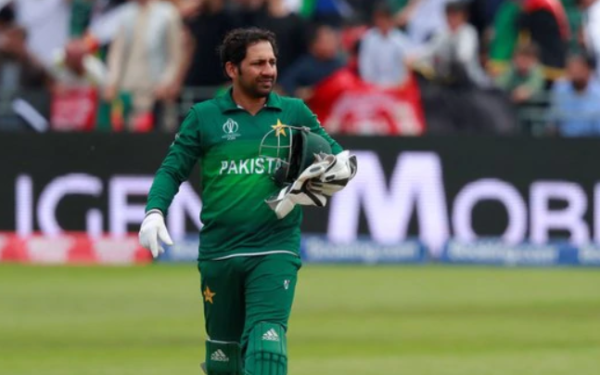 Shoaib Akhtar said, I can’t understand how Sarfraz can be so brainless. How could he forget that we don’t chase very well? Knowing our strength, which is bowling, is important. The game was half-won by Pakistan when Sarfaraz won the toss, but he tried hard to lose the match.

Well, finally Sarfaraz Ahmed has reacted to Shoaib Akhtar’s criticism in a press conference. Furious Sarfaraz said, If I tell something to him, then he’ll again start scolding us. According to him, we aren’t players. I don’t want to tell what we are. If we speak out then we’ll be bashed for countering. Some people on the television thinks they are God.

Sarfaraz Ahmed "some people are sitting on television thinking they are God" #CWC19 pic.twitter.com/fd8spR7iKm

Continue Reading
You may also like...
Related Topics:india vs pakistan, Pakistan, Sarfaraz Ahmed