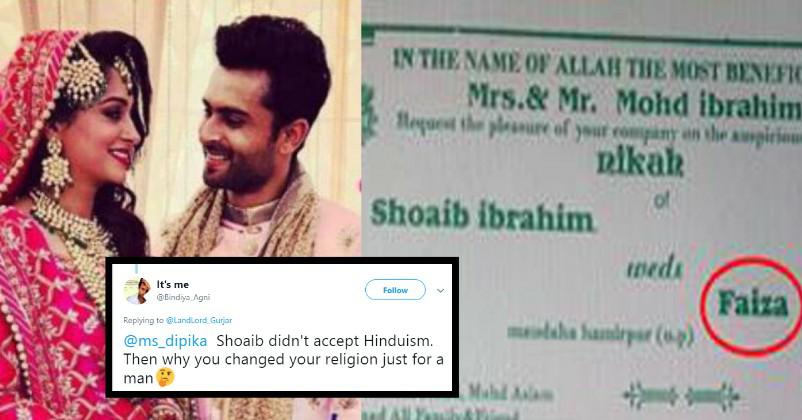 One of the most favourite couples of Indian television Dipika Kakar and Shoaib Ibrahim or Shoaika, as their fans call them, got married on February 22 in a village in Uttar Pradesh. 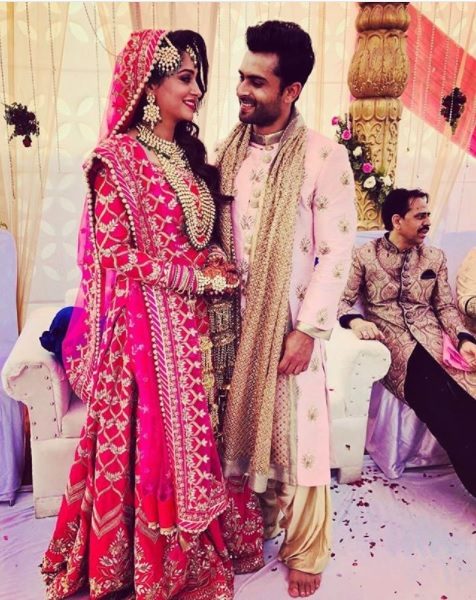 They will be giving a grand reception for their friends from industry in Mumbai on February 26 but at present, a new controversy has erupted and it is related to conversion of Dipika Kakar.

It is said that Dipika has converted to Islam in order to get married to Shoaib and her new name is Faiza.

A photo of an invitation card is going viral on the Internet and as per reports, this invitation card has been used to invite people in Shoaib’s village. On this card, the name of the bride is Faiza and groom’s name is written as Shoaib. 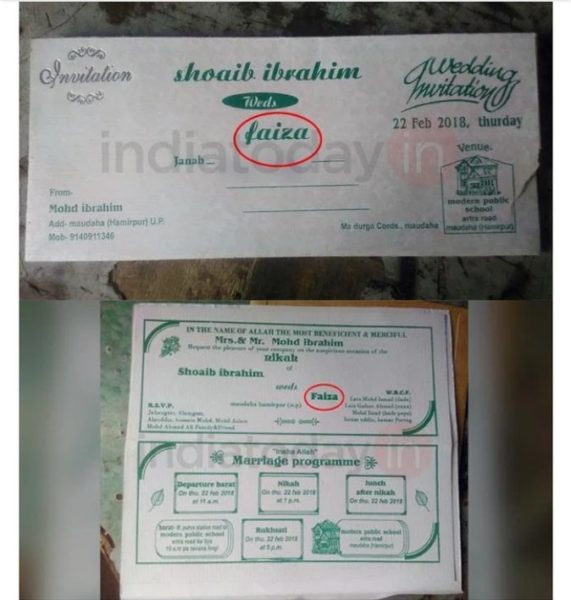 There has been no clarification on this matter from both the sides but a source has denied such news and said,

“She has not converted her religion. Her name is Dipika Kakar only. She will change it to Dipika Ibrahim. I spoke to them personally. They have used Faiza only for the invitation cards.”

However, it has not gone well with social media and people are trolling Dipika, asking whether true love really needs conversion. Here are few selected tweets:

Something which no liberal has ever been able to explain to me: How is it an inter-faith marriage when one side has to compulsory convert her/his religion before the marriage??

What was the need for conversion to marry… They must accept each other as it is… Such a shit…. https://t.co/j1wtR7SyYo

If conversion a precondition then can it be Love?

Recall how Akhila’s parents were bashed by the BJP-RSS ecosystem, including their intellectual celebrities, for her conversion. Now, let’s see if some parental-ism is blamed for this one https://t.co/xbFm1PcAM8

she is a fool.her parents much bigger fool.before marriage her named changed. after marriage dress,food will be producer of children in wholesale.and will be slapped if she oppose any thing.RSS does nothing and bjp is the new congress

Popular TV actress @ms_dipika accepted Islam to marry Muslim beau…..
Why couldn't he convert? Or better yet no conversion..#LoveJihad pic.twitter.com/Eu0RRcskzc

Now that all prerequisites are complete, incl conversion to Islam,
We can now officially call it Love Jihad 😕
Remember folks, if the marriage was for love, they could hv just Married under Special Marriage Act without conversion. 🙄😒https://t.co/LuluR9sYfb

What do you have to say about it?

Sumona Chakravarti Posted Her Beach Pictures On Twitter. Twitterati Suggested Her To Wear Saree
Akshay’s 2.0 To Clash With Aamir’s Thugs Of Hindostan on Diwali? Baap Of All Clashes