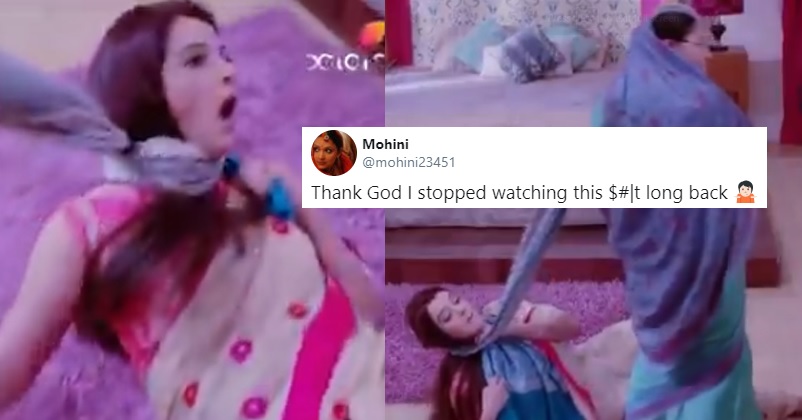 The Indian serials are full of drama and it won’t be wrong to say that there are times when there is no logic in the scenes but still these serials get good TRPs and are aired for long time. We have seen many insensible things happening in the serials and recently a small clip of a show went viral because people were not able to find sense and logic in that scene. 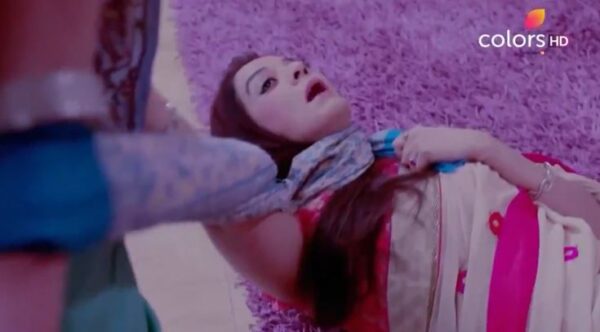 We are talking about Sasural Simar Ka which is quite popular among the daily soap lovers. As far as the scene is concerned, a character Pari is seen asking for forgiveness from her grandmother but the old woman is in no mood to forgive her and she is trying to get rid of Pari. However, Pari gets tangled in the shawl of the grandmother and the latter keeps on pulling her shawl without even looking at Pari and eventually Pari loses her consciousness while grandmother walks out of the room.

Interestingly, it is not the first time that Pari got entangled in a cloth. In another scene, she is seen fighting for her life after her throat got wrapped in the curtain. Watch the video:

INDIA!!!…We already talked about this! Dats not how cloth works!!! xO Lolhttps://t.co/EQd6dGI25n

Soon, Twitterati started expressing their opinion and called it utter sh*t. Several others raised question on logic and few even went on to say that the person who wrote the scene must be high on something. Here are some of the selected reactions:

Thank God I stopped watching this $#|t long back 🤷🏻 pic.twitter.com/lSPY7t4YNv

I want to meet person who wrote thus script I think he knows how where to get quality weed.

sasural simar ka is like covid 19 of indian tv

You can also share a clip from a serial which you feel is very weird.

Varun Sharma Speaks On His Struggles, Was Given Food In Paint Cans & Rotis Wrapped In Newspaper
From FRIENDS To Titanic To GOT, Bobby Deol’s Fan Photoshops Actor In Famous Movies & Series