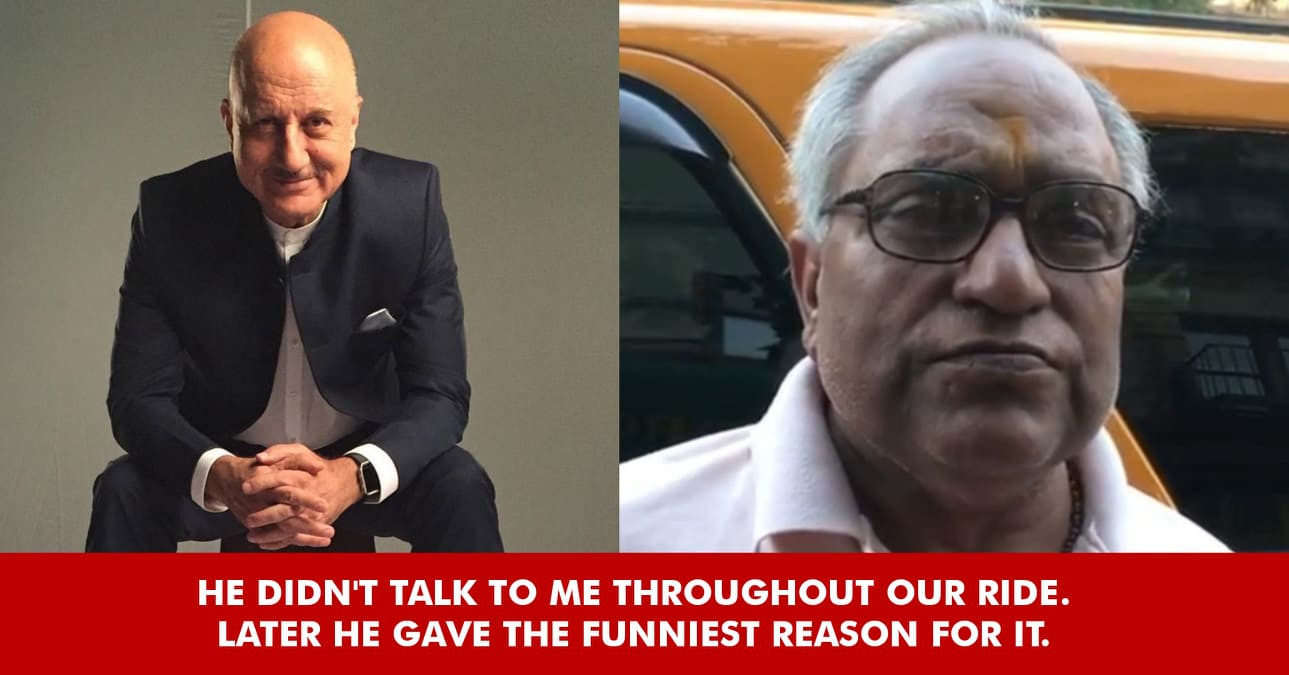 Bumping into celebrities can be special rather a very special moment for us. We might freak out wondering should we take a selfie or an autograph no matter where we meet. But if a Bollywood celebrity is sitting just by your side still you fail to recognize who he is? It sounds impossible right?

Bollywood veteran actor Anupam Kher recently shared a story in an Instagram post. He wrote, an Indian cab driver in New York failed to recognize him, but later gave the funniest reason for not being able to recognize him.

Anupam Kher wrote, encounters in NY: Jugal Kishore ji from Panjab, a yellow cab driver in NY for 30years didn’t talk to me through out my ride with him. He didn’t recognise me. Later he gave me the most flattering and the funniest reason for it. He kept hugging me. We were both happy. And as always no fare was charged. #IndiansInNY #Generosity #LifeLessons

It was visible on the video that Jugal Kishore was flattered to meet the star actor.

Continue Reading
You may also like...
Related Topics:Anupam Kher, See How Anupam Kher Reacted When A Cab Driver Fails To Recognise Him