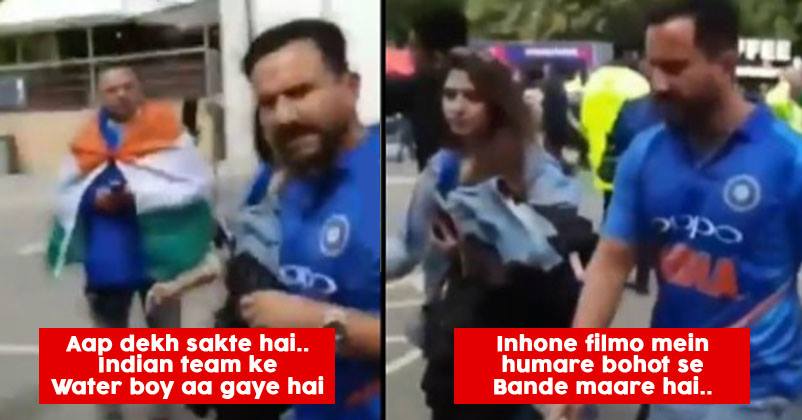 The Nawab of Bollywood Saif Ali Khan was present Old Trafford Cricket Ground in Manchester last Sunday to watch India vs Pakistan match. The actor was present at the stadium with his co-star Aalia F. When the actor was making his way to the stadium some Pakistani fans started mocking him.

A video went out after the incident in which the person can be seen mocking and teasing khan. Seemingly, Pakistani man called him ‘11th water boy’ and referring to Saif’s film Phantom said that he has killed several Pakistanis in his films.

He didn’t even leave Aalia and called her Khan’s ‘Bitiya Rani‘. However, none of the actors paid heed to him. Like true Nawabi swag, Saif walked right past him without reacting. The kept on yelling ‘Saifu aye Saifu’ behind him.

Khan is in London for the shoot of his upcoming film Jawaani Jaaneman with Aalia F.

Deepika Padukone’s Reply To Ranveer Singh’s Comment Is Major Couple Goals
This Picture Of Virat Kohli’s Expression After India Lost It’s DRS Review, Is Now The Base Of Hilarious Memes