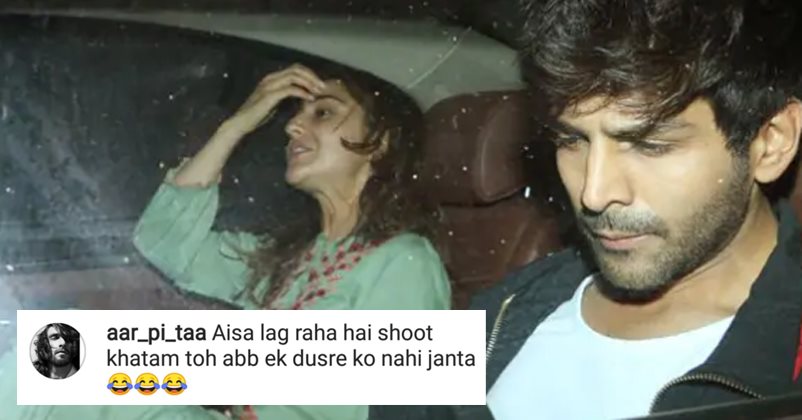 Sara Ali Khan and Kartik Aaryan who are working together in Imtiaz Ali’s Love Aaj Kal 2, were snapped together in Bandra, Mumbai recently. The film’s director Imtiaz Ali was also seen in the post-shoot photos. Sara and Kartik are shooting in Mumbai and in the photos, both look tired and lost in their own world.

While fans, who are dying to see this lovely couple on screen soon, did not like the way they were sitting together in the car. Kartik was busy with his phone and Sara too was showing no interest in anything. When the photos surfaced on the internet, fans took to social media and teased the couple for their behavior. See comments-

Kartik was seen in his Love Aaj Kal 2 look while Sara sported ethnic look. As it is a romantic drama, their film is scheduled to release on Valentine’s Day next year.

The ‘RCB Girl’ Talks About Unwanted Fame, Bullying And Hatred In Her Latest Instagram Post
Student Of The Year 2: Day 3 Collection Has Slightly Deteriorated