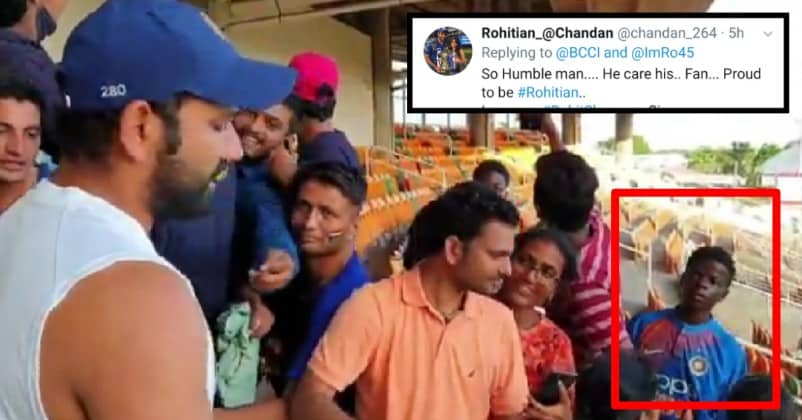 Everyone was quite upset when Rohit Sharma was replaced by Hanuma Vihari for the test series against West Indies. The Hitman was in a great form in the World Cup 2019 as he scored five centuries in the tournament so keeping him out of the playing eleven seemed a little strange even to his critics.

Rohit is known for his calm and composed nature despite of not being part of the Test team. Rohit made sure to make his fans happy and he literally made the day of two Jamaican fans. 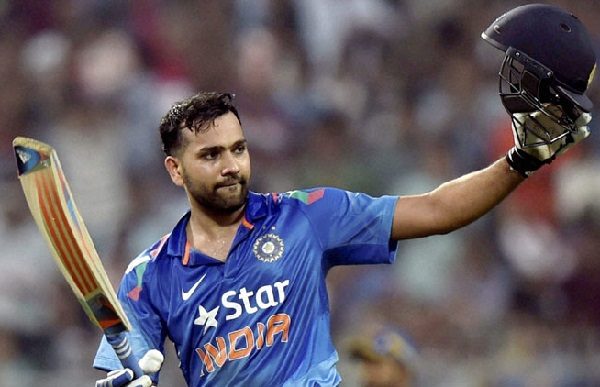 After the match was over, the Hitman spotted two Caribbean fans donning the team India’s jersey with his name on it. Rohit Sharma randomly went up to them and asked them to come out of the stands to have some words with them.

The young fans were extremely happy to meet their favorite cricketer and even danced for Rohit. As soon as the video was posted by the official handle of the Indian cricket team netizens were lauding the Hitman for his kind gesture.

This is awesome from @ImRo45 when he randomly pulled out two of his loyal fans from the crowd in Jamaica🕺🕺 #TeamIndia 😁👌👌 pic.twitter.com/PqRV1xtjgH

The video was shared by BCCI with the caption, This is awesome from Rohit Sharma when he randomly pulled out two of his loyal fans from the crowd in Jamaica.

Well, our Hitman is a hidden gem and definitely one of the most humble players to have donned the Indian jersey!

The Bengal Pacer Has Been Issued With An Arrest Warrant
Fans Are Impressed With Shikhar Dhawan’s Great Flute Playing Skills, Call Him Multi-Talented