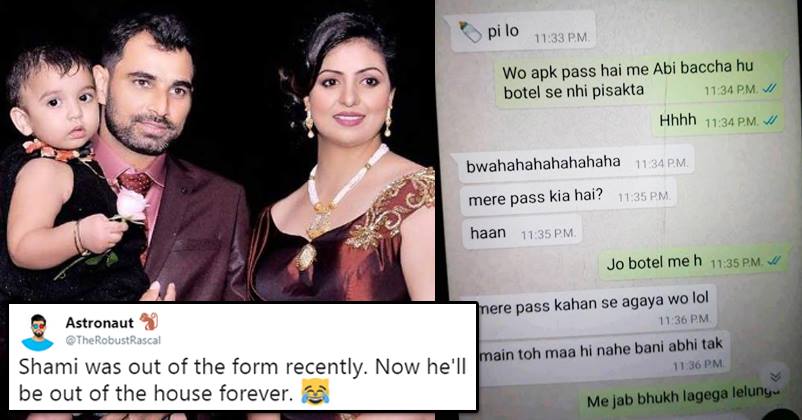 This morning, Mohammad Shami’s wife accused him of extramarital affairs with multiple women. Well, this was indeed a shocking thing to see!

Hasin Jahan, his wife, also shared his dirty chat screenshots on social media along with pictures of his alleged girlfriends. 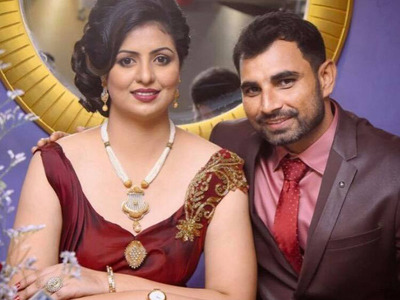 His wife accused him of mentally and physically torturing her. She even said that his family has been trying to kill her since 2 years. After reading all such obscene chats, Jahan said that she would take legal action against him.

She got access to his chats on his phone which was lying in his BMW car. However, Twitter is making fun of Shami. Some feel that his wife’s account has been hacked, while some feel that he might land in serious troubles.

Could land him in trouble!

You had the option!

Shami @MdShami11 when you had the option to have 3 wives why do you indulge in extramarital affairs. #shami

You shameless Shami @MdShami11 you are in a big trouble .. you cannot give #tripletalaq because that is illegal but you surely can go to jail for trying to do that 😂😂

The reason #Shami doesn't bowl his out swingers that well these days is because he is swinging himself a lot.#HasinJahan

Fall for grace will be faster

The fall from Grace for #MohammedShami is going to be be faster than the fastest ball he ever bowled.#Shami #HasinJahan

Well, a big mess is going to come in Shami’s way, don’t you think so?