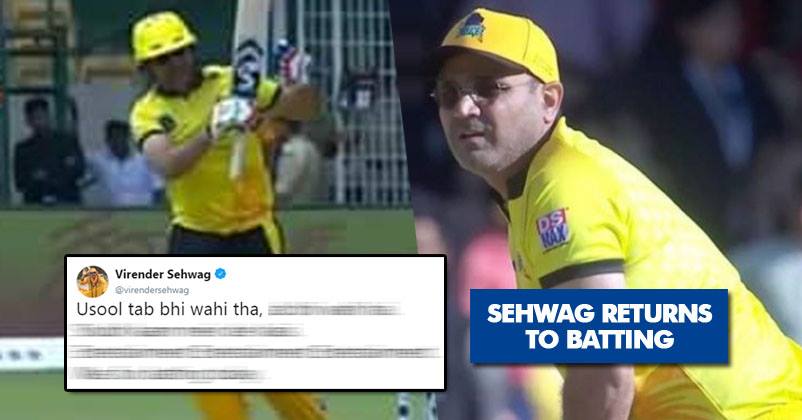 Virender Sehwag, the former Indian cricketer, may have retired from cricket but no cricket fan is able to forget the manner in which he used to hit the bowlers out of the ground. Recently, he brought the good old memories alive when he batted for Kadamba Lions in a two-day tournament called Karnataka Chalanachitra Cup. 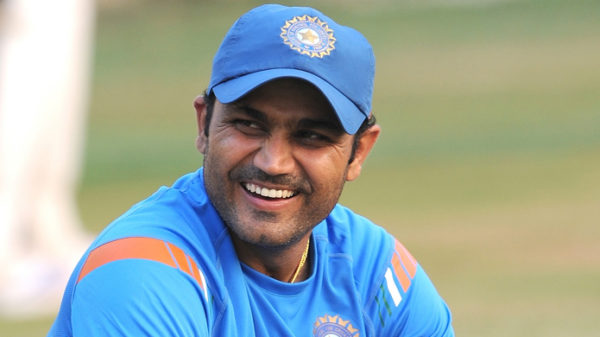 The captain of Kadamba Lions is Kichcha Sudeep and this tournament is a friendly one in which some foreign cricketers such as Owais Shah, Tillakaratne Dilshan, Herschelle Gibbs, etc. are participating along with South Indian actors.

This 10-over tournament is being played at Chinnaswamy Stadium in Bengaluru and the six teams that will try to win it are Wadeyar Charges, Hoysala Eagles, Vijayanagar Patriots, Rashatrakuta Panthers, Ganga Warriors and Kadamba Lions.

Viru paaji posted a video on Twitter in which he is shown hitting a sixer just like the good old days. The caption that he wrote is,

It roughly translates to, “In the past also, the rule was the same as it is now. Why to delay in good work?”

The right-handed batsman who used to blast the bowlers in his cricketing days is nowadays scoring big hits on the micro-blogging site Twitter where he is very active and praised a lot for his witty tweets.

Weirdest Photos From 90s That Will Make You Laugh Really Hard
Someone Tried To Troll Arjun Kapoor & Called Him Molester. Arjun Shut Him Like A Boss