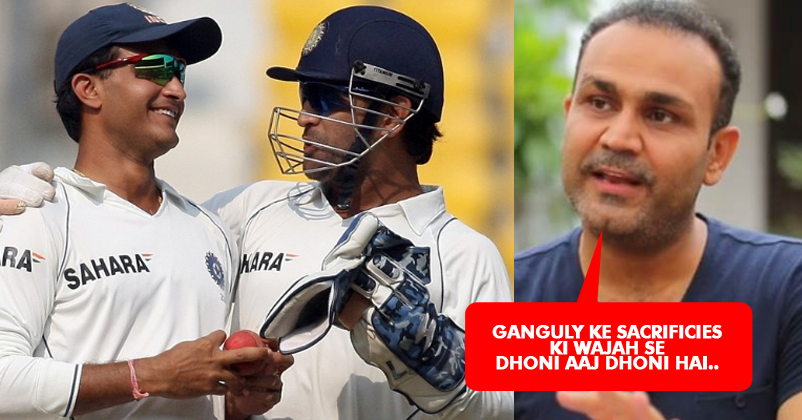 What Dhoni achieved as a finisher and as a captain needs no introduction. Fans are crazy for him and have always stood by him in his ups and downs.

One thing which most of you don’t know is that a big credit of Dhoni’s success goes to Ganguly. Yes, it was because of Ganguly’s sacrifice that Dhoni became a batsman he is today.

Many people talk about Dhoni’s wonderful captaincy but little do they know about Ganguly’s huge role in it. Well, Virender Sehwag has finally opened up about it & has explained how Ganguly was the reason behind his tremendous success. 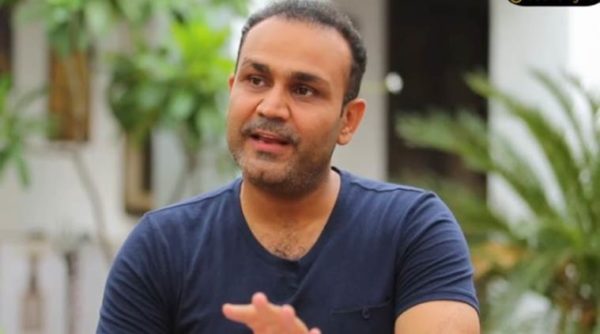 Saurav Ganguly had sacrificed his batting order so that Dhoni could bat at No.3. He did it even though Dhoni had failed in showing a good performance in first few international matches.

In an interview, Sehwag said,

“We were experimenting with the batting order at that time. We decided that if we get a good opening partnership then Sourav Ganguly would come at No.3 but if we had a bad opening stand then we would send pinch hitters like Irfan Pathan or Dhoni to accelerate the scoring rate.”

Sehwag said that Ganguly was keen on promoting Dhoni to no. 3; this decision is something which not many captains would take. Ganguly always believed that new players should get a chance to prove themselves. 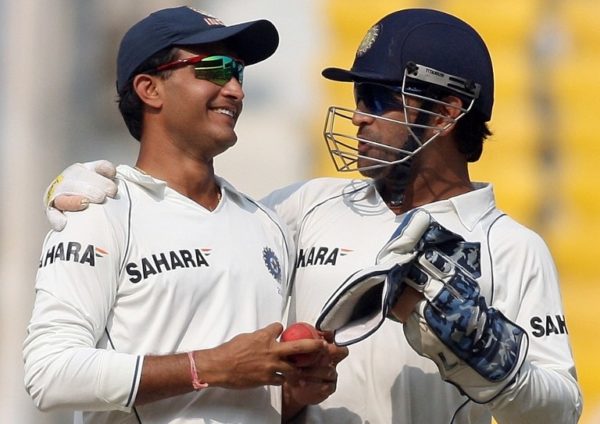 “Ganguly at that time decided to give Dhoni a chance at No.3 for three or four matches. There are very few captains who would first give away his own batting spot for Virender Sehwag and then his set spot of No.3 for Dhoni. Had Dada (Ganguly) not done that, Dhoni would not have become such a great player. Ganguly always believed in giving chances to new players.”

Now we know how “Dhoni” became “The Dhoni”. Of course, we can’t ignore Dhoni’s hard work and dedication which has given him the reputation of being one of the best players.

Continue Reading
You may also like...
Related Topics:Dhoni, Ganguly, sehwag

Virat Kohli’s Bullet Throw Against Aussies Was Just So Perfect. Even Dhoni Laughed Very Hard
Yuvraj Singh Asked Fans To Not Use Crackers This Diwali. Got Angry Comments From Them