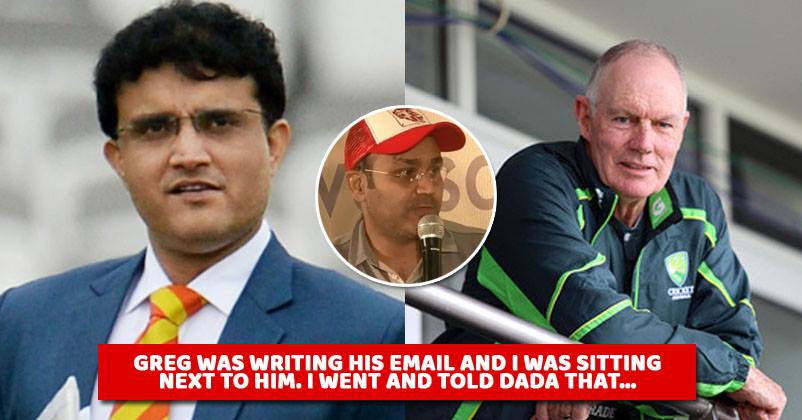 Virender Sehwag, the former Indian batsman who was known for his destructive batting style, has made a revelation that is related to one of the most successful Indian captains Sourav Ganguly and the most controversial coach Greg Chappell.

Sehwag was speaking at the launch event of the Bengali version of Boria Majumdar’s book titled as “Eleven Gods and A Billion Indians”. He said that he was the first person to know that Greg was writing an email to BCCI against Sourav while they were on the Zimbabwe tour in 2005.

The email was leaked later and in that email, Greg raised questions on Sourav’s capability to lead the team as he wrote that Sourav was “mentally and physically unfit”. He also alleged that Sourav had negative attitude and he was faking injuries. Greg went on to claim that Sourav had “lost the trust and respect of his teammates” as he was desperate to remain the captain of the team. 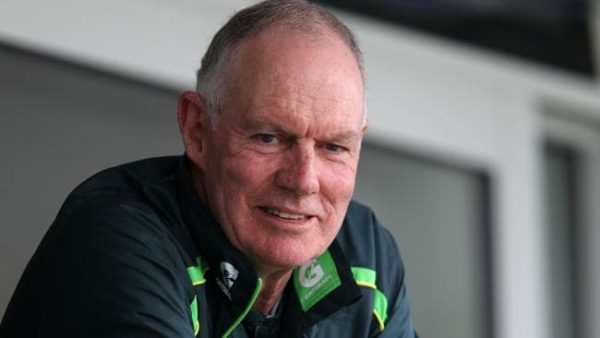 Sehwag said that he saw Greg writing email and he told Sourav about it. He said,

Greg’s tenure was very controversial and Sourav was dropped from the team during that time.

Sachin Tendulkar also criticized Greg in his autobiography, “Playing It My Way” while Harbhajan Singh said that Greg “destroyed Indian cricket to such an extent that it required at least three years to again get back on track”.

Sehwag also told how he was made to open in the Test matches. In his words,

“They said that ‘you have batted as an opener in ODIs and you have enough experience there’. So my next question was Tendulkar has opened for a decade and you (Ganguly) started as an opener in 1998. So why can’t you guys open and I can bat in the middle order.”

This is what he was told,

“They said if you want to play Test cricket, this is the only place. Don’t ask questions, if you want to do it (open) then do it, otherwise sit on the bench.  So then I said, Dada please just promise me if I fail as an opener in 3-4 games, you will give me a game in the middle order and he said ‘done’. Then I told John Wright to see that he fulfils his promise.” 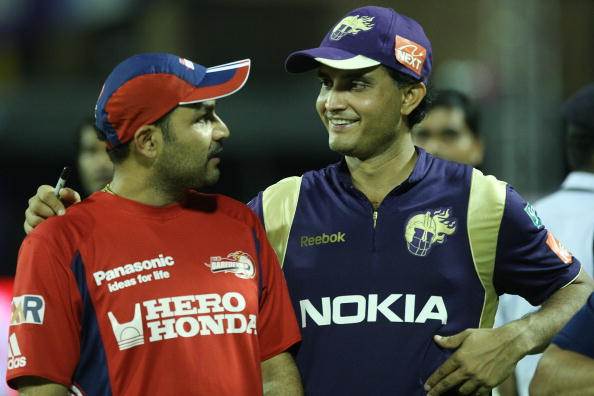 He scored 84 in his first game as opener in Lord’s but Sachin, Sourav and Rahul said to him, “you’re the stupidest” because no one has scored 100 at Lord’s in their first game and he missed the chance so closely. He said that he is happy with his 84.

He also narrated a story from the Natwest series final when he opened with Sourav. He told,

“I was very confident that if English people can score 325, then we can easily chase that because they are not good in one-day cricket. We played like 30-35 one-day matches in a year, so we are a better side than them. So I told Dada ‘don’t worry, gore kar sakte hain to hum bhi kar sakte hain. Inhone ne hum pe raj kia hai, ab hamara mauqa hai inpe raj karne ka.” “(If English can do it, so can we. They have ruled us, now it’s our chance to rule them).”

We miss both Ganguly and Sehwag on the field, do you?