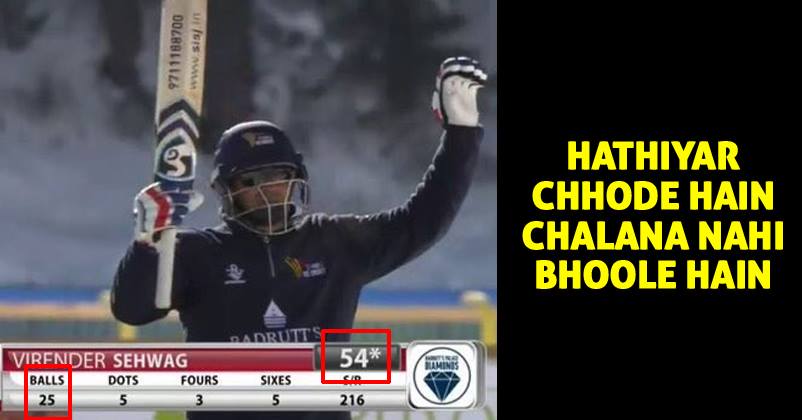 Virender Sehwag is an expert when it comes to Cricket and Twitter. You must be thinking that he has lost those old techniques and charm but no, it’s not so! 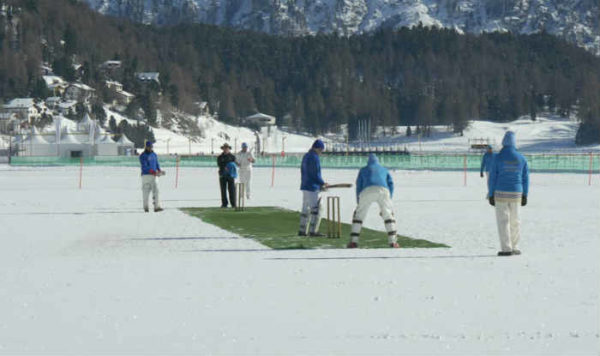 This match was played between 2 teams; Diamonds XI led by Sehwag and Royals XI led by Shahid Afridi. Sehwag was unstoppable as he scored a whopping 62 off 31 balls. Even though the temperature was in minus, Sehwag didn’t shift his focus at all. Well, this was the first 50 of Ice Cricket and we are glad that the record went in Sehwag’s store.

On the very first delivery by Shoaib Akhtar, Sehwag hit a boundary, thereby giving a paisa vasool moment for the audience. His score consisted of 5 sixes and 4 fours; fans couldn’t get their eyes off him.

Afridi’s team had got a target of 165 runs and they completed it smoothly in first 15 overs itself.
After a stupendous performance, Sehwag took to Twitter to express his joy;

He got a fan in Sourav Ganguly as well, who tweeted,

For Sehwag, even the impossible is POSSIBLE and we got to see a glimpse of the same in this ice cricket match.

It was tough to score even 20 runs in such a cold condition, but Sehwag proved that he’s just superb. What do you say?

Rakhi Sawant Posted A Weird Comment On Kohli’s Instagram Post & Everyone Is Confused
Shahid Afridi’s Gesture Towards Indian Flag Will Make You Respect Him More. He’s A Gem