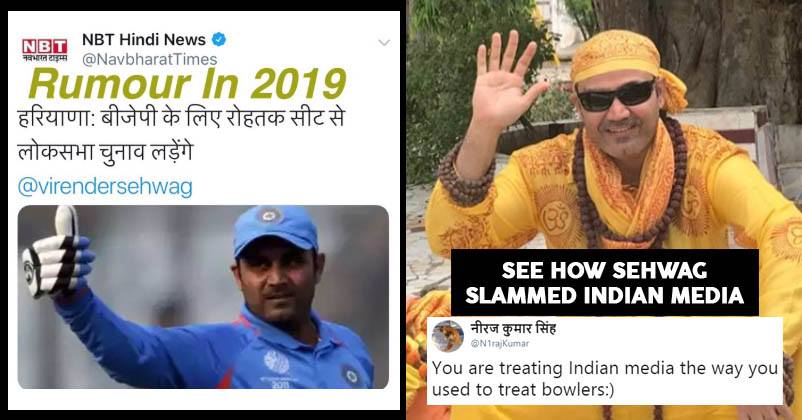 Indian media is famous not only for providing viral news and that too the most impossible ones, they are there to spread the viral rumors as well.

Recently as we all know after Gautam Gambhir announced his retirement from all forms of cricket, news started doing the rounds that he will be joining the politics soon.Which he later cleared by saying no. 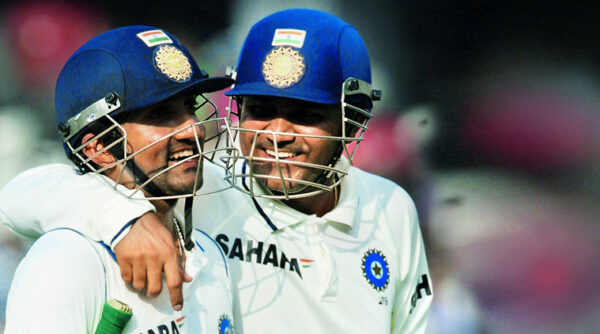 The same thing happened with former Indian cricketer Virender Sehwag. He took to his social media accounts and declared these news to be fake, in Viru’s style.

Here is what Sehwag posted on his official twitter account based on the trending 10 year challenge meme, but with a difference of five years.

Here is how Sehwag’s fans and followers reacted to his twitter post, where he clearly stated that he is not joining politics.

Some things never change like this fact
Bashing the ball in the ground
And now ,bashing the twitter

Will be good fun to see two opening Batsman of Delhi in Parliament Sitting Together .
Working for Nation & sports , Other than Cricket .

You are treating Indian media the way you used to treat bowlers:)

Very nice Sehwag ji.
This media can write anything without taking u in confidence.

I support you sir

Shewag a legend back then a legend now – no rumour. A fact

Ekdum right decision Viru bhaiya. You have only your fans and well-wishers till now, no one hates you, but if you enter politics you'll produce some enemies and haters.

I wish it comes true!!

Go for it ! @GautamGambhir nd you will make a great opening pair for team @BJP4India and captain @narendramodi .

Smriti Mandhana Finally Reveals The Real Reason Why Her Jersey Number Is The Same As Virat Kohli
Ravi Ashwin Finally Speaks On Rumors Of Ricky Ponting Playing In 2003 World Cup With Spring Bat.