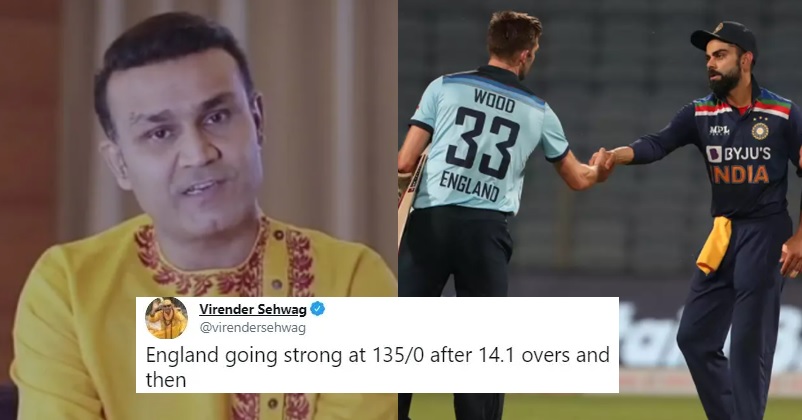 The Indian cricket team started the 3-match ODI series against England with a bang by winning the first ODI by 66 runs. The match was played yesterday at the Maharashtra Cricket Association Stadium, Pune, and after winning the toss, the visitors decided to bowl first.

The Indian openers made a steady start but Rohit Sharma got out at the score of 42 in 28 balls (4 fours). However, Shikhar Dhawan played brilliantly but missed his century by just 2 runs; he played 106 balls and his innings included 11 fours and 2 sixes. After Rohit’s dismissal, the Indian skipper Virat Kohli came on the crease and played a good knock of 56 runs in 60 balls (6 fours). KL Rahul also regained his form and scored 62 runs for which he played 43 deliveries (4 fours & 4 sixes). 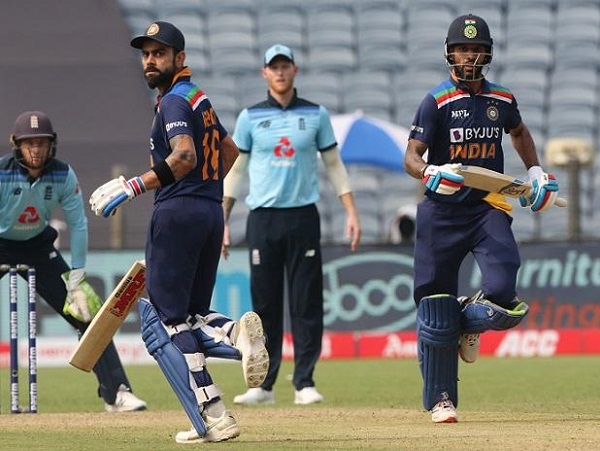 Krunal Pandya and Prasidh Krishna, the two Indian cricketers who made their debut in ODI yesterday, made the heads turn with their wonderful performances. While Kunal Pandya hit the fastest fifty ever by a debutant, Prasidh Krishna took 4 wickets which is the best ever performance of a bowler on his debut. Krunal hit 58 runs for which he played 38 balls and his innings included 7 fours and 2 sixes while Prasidh took 4 wickets in 8.1 overs and gave 54 runs.

The Indian team posted a huge total of 317/5 and in response, the England team made a pretty solid start as Jason Roy and Jonny Bairstow made the lives of the Indian bowlers hell by hitting them all round the corner. Jason Roy scored 46 runs in 35 balls (7 fours & 1 six) whereas Jonny Bairstow made 94 runs in 66 balls (6 fours & 7 sixes) and shared a 135 run partnership in 14.1 overs.

It was then the former England cricketer Michael Vaughan took to Twitter and posted, “Outstanding from the opening pair … Stroll in the park … India looking 40 light … #INDvsENG”

At that time, everyone felt that the England squad would win the match in a grand manner but soon tables turned upside down after the dismissal of these two batsmen as no other England batsman was able to show enough resistance against the Indian bowlers. By the 43rd over of their innings, all the 10 English batsmen were back in pavilion and the whole England side crumbled at the score of 251. While Prasidh Krishna was the highest wicket taker for India, Shardul Thakur and Bhuvneshwar Kumar took 3 and 2 wickets, respectively. Krunal Pandya also took one wicket in his 10 overs. 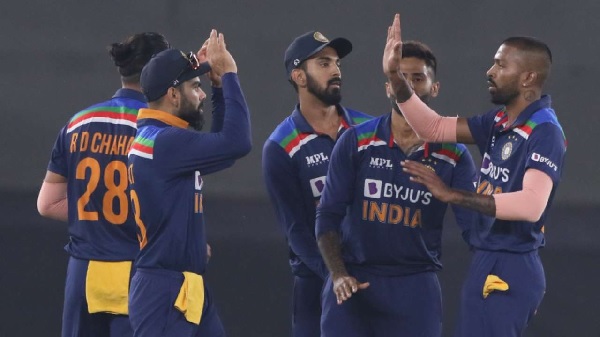 The former Indian cricketer Virender Sehwag who is known for his witty and funny tweets took this as an opportunity to make fun of the England batting collapse.

He posted a meme with the caption,

England going strong at 135/0 after 14.1 overs and then
Lord Shardul , Prasidh Krishna and Bhuvi pic.twitter.com/Tbc4MoAtxp