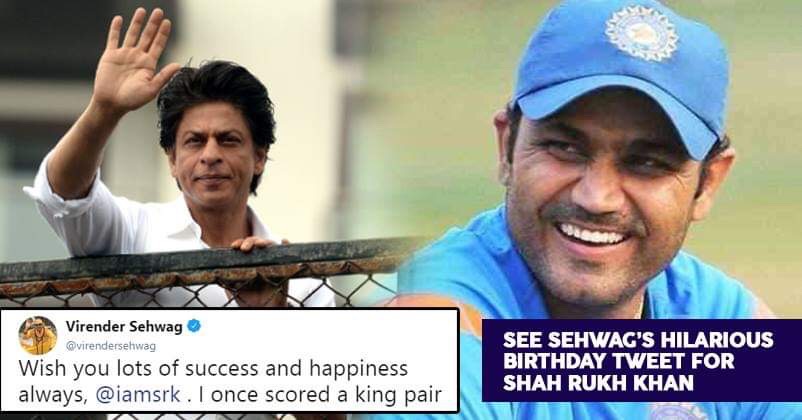 It’s Shah Rukh Khan’s birthday today, and the King of Bollywood turns 53 today. The actor who has won millions of hearts over the past 20 years has a lot to be thankful for, and so Shah Rukh took to twitter today and expressed his gratitude for all his fans, friends and family. It goes without saying that the world is abuzz with birthday wishes for the King of Bollywood, with most social media platforms being overtaken by crazed Shah Rukh fans and admirers. 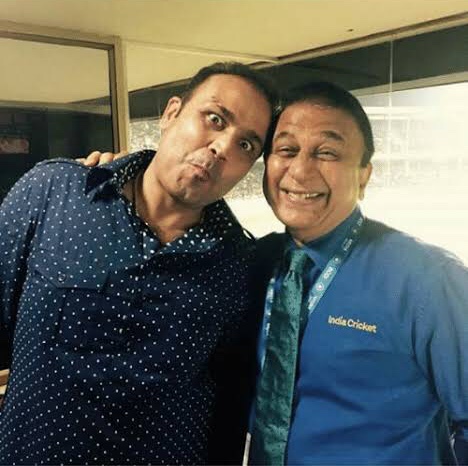 One of these admirers was our very own Virender Sehwag who had something very hilarious to say.

Wish you lots of success and happiness always, @iamsrk . I once scored a king pair against England in Birmingham, thought it was dedicated to only Aryabhatta ,now also wholeheartedly dedicate it to you 🙂 Happy Birthday ! pic.twitter.com/hvZdH9Y4D1

In a rather funny tweet this morning, Virender Sehwag expressed his sincere gratitude in the most funniest way for the 53 year old actor by dedicating his king pair in Birmingham to Shah Rukh Khan. Sehwag, who had previously dedicated this achievement to the great Aryabhatta, now found it appropriate to dedicate it to our very own King of Bollywood who is preparing for his soon to be released movie ‘Zero’. You see, a king pair in a test innings, is when you get dismissed on the first ball of both the innings of the match, making your score absolutely Zero essentially. Sehwag is known for his wordplays and witty replies on twitter, and this was nothing different.

Raj and Rahul wouldn’t have been as charming if they didn’t have a little bit of SRK in them. Have a blessed year ahead, @iamsrk! #HappyBirthdaySRK pic.twitter.com/kSyF6WBgGx

Shah Rukh was earlier wished by Sachin Tendulkar as well, who expressed his opinion on the fact that Raj and Rahul wouldn’t have been charming if they did not have a speck of Shah Rukh in them. Shah Rukh was seen expressing gratitude for all the wishes received.

We too wish Shah Rukh a very Happy Birthday from our team at RVCJ.

What did you think about Sehwag’s tweet? Did you find it hilarious? Share your thoughts with us in the comments below.

Remember The Model Who Stripped In Front Of Cops & Slapped Guard? Here’s Her Complete Story
Zero Trailer Is Out. This Movie Will Be Biggest Blockbuster Of SRK