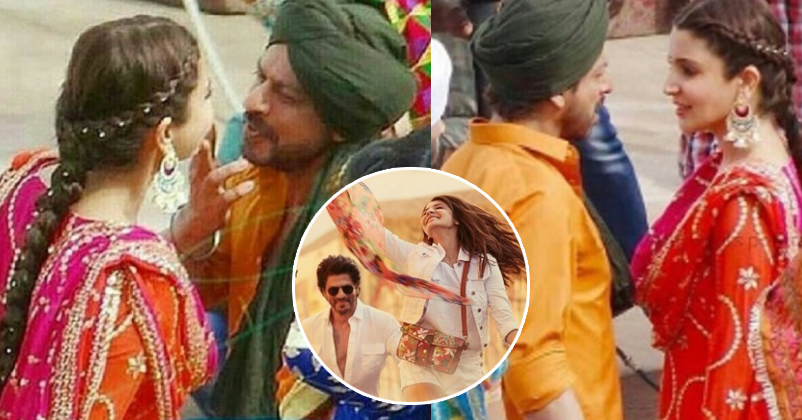 Shah Rukh Khan and Anushka Sharma’s next directed by Imtiaz Ali is becoming a social media favorite because we get a glimpse of the movie through photos or videos quite often.

Here are the photos posted by Fanclubs on Twitter: Major nostalgia for all the Jab We Met fans because Anushka Sharma’s outfit is quite similar to Kareena Kapoor’s. Kareena Kapoor’s look in the song Nagada and Anushka’s look in this song, as well as the outfit, is quite similar. Well from the photos we can just guess that it is a song which will be having desi beats and can give us Punjabi feels.

Another major surprising part is Shah Rukh Khan wearing a turban. We have never seen King Khan wear a turban in a movie for a full-fledged song. It will be a treat to watch him romance like a true Sardar and we just can’t wait. On a promising note, the collaboration looks like a blockbuster already. We all know how Imtiaz has an eye for good locales. He has always shot his movie in amazing locations because the place plays an important role in his movies.

Corsica in Tamasha or Punjab in Jab We Met, every place has its importance in the movie he directs.

This movie is shot in some amazing locations of Europe cities like Amsterdam, Budapest, Lisbon, Prague and others around the month of October.

While we wait for the movie to release its official title, the current buzz suggests that it is called ‘Raula’. However, nothing is confirmed yet.

What we really love are these small surprises, the photos make our wait even more difficult but totally worth it.