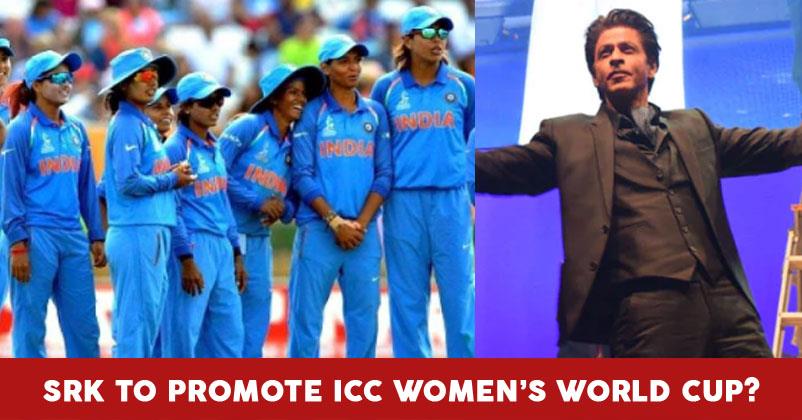 Shah Rukh Khan, one of the biggest superstars of the Indian cinema, is in Melbourne nowadays where he has been awarded with an honorary doctorate by the La Trobe University. He is pretty active on social media and keeps on sharing updates related to his life with his fans.

Recently SRK took to Instagram and shared a photo in which he is seen dressed up elegantly. Undoubtedly, he is looking damn hot and fans couldn’t stop showering praises on his looks. 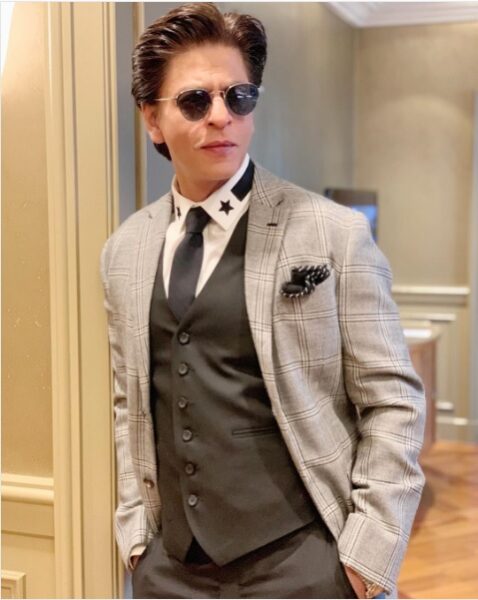 In the post, King Khan writes about visiting La Trobe University as his caption reads,

“On the way to @latrobeuni University.. Thank you for the kind gesture of offering a scholarship to a girl student from India for higher education and supporting the work at @meerfoundationofficial”.

“@iamsrk You should stop by in February next year for the Women’s stand alone T20 World Cup? We are trying to break the World Record for the highest Women’s sporting attendance 🏏🇮🇳” 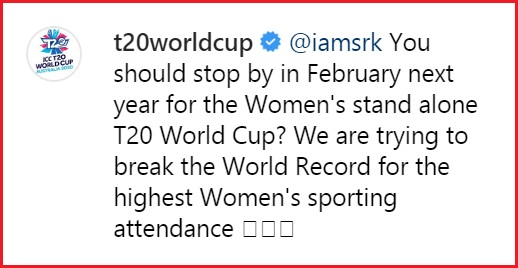 If you are not aware, let us tell you that the T20 Women World Cup is going to take place in February next year and it will be hosted by Australia, the defending champion.

We all know that Shah Rukh Khan is a very popular Bollywood celebrity who has a global fan following. The same is the reason that the T20 World Cup is quite sure that his presence in the event can lead to an increase in the crowd strength. 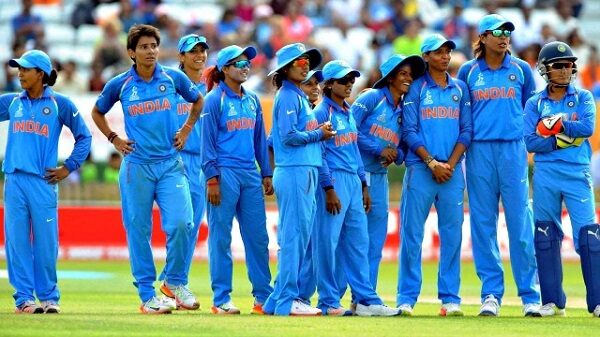 The seventh edition of the T20 Women World Cup will be played in 2020 and 10 teams will clash with each other for the title. Till now, Australia has won the T20 World Cup four times while England and West Indies have taken the trophy home one time each.

Will Shah Rukh accept this offer? What do you think? Let us know your views.

Jabariya Jodi First Day Collections Out. Figures Are Expected To Improve In The Weekend
Anurag Kashyap Quits Twitter And Here Is The Reason Why…