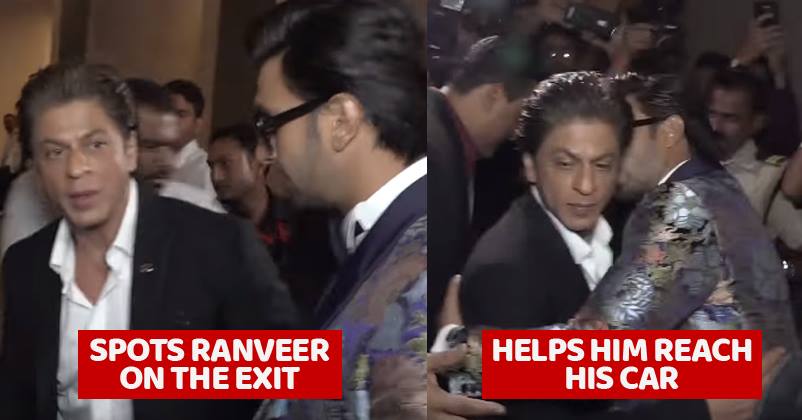 The Bollywood superstar Shah Rukh Khan lives in hearts of his fans. The love and respect that he gets are not just because of his acting performances in movies and his gentleman attitude along with kind-hearted gestures towards other individuals also play an important part in making him popular.

We have seen many times that Shah Rukh takes care of the females and makes sure that they are treated properly, whether they are his female fans or female co-stars.

King Khan is an inspiration for many actors and the “Padmaavat” star Ranveer Singh is also one of his fans and admirers.

Recently, they both met at an award function and Ranveer was quite excited to see his favourite star at the event. Shah Rukh was also very happy to see the young talented actor whom he applauded for his wonderful performance in “Padmaavat”.

However, what caught everybody’s attention was the gesture that SRK showed towards Ranveer. Bollywood’s Bajirao wanted to see-off Shah Rukh first and wished to take him to his car but SRK took Ranveer to his car, holding his hands making sure that he is seated safely. 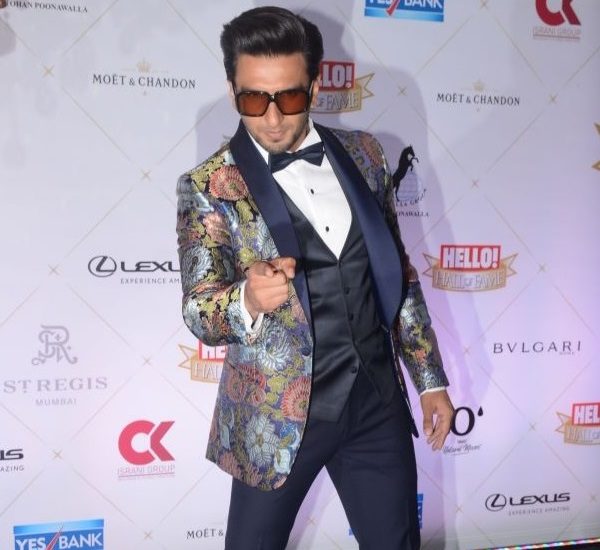 Well, this is why the whole world is crazy for SRK and his charisma is apparent in all corners of the globe. What’s more, these small acts do make big differences. What do you say?

Trailer Of October Is Out. Varun Dhawan Is Sure To Make It A Superhit
This Hot & Gorgeous Actress Will Be Kapil’s Co-Host In His New Show. RIP TRP Records