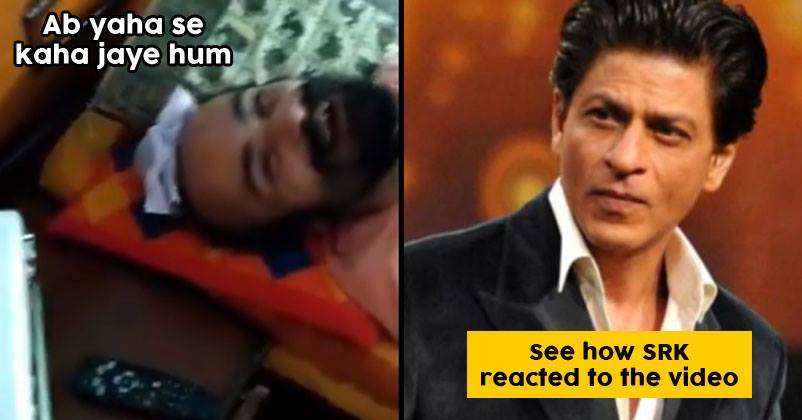 Shah Rukh Khan, the King of Romance, is one of the most popular actors who have a huge fan following not only in India but in every nook and corner of the world. What’s more, he is pretty active on social media networks and the best part is that sometimes he replies to some of his fans as well.

His stardom and charisma cannot be described in words and there are many celebs who crave to get the status and enormous fan following that SRK enjoys. Despite being so successful and one of the richest celebs of the world, he is down-to-Earth and modest and needless to say, these qualities make him a favourite of fans.

The “Raees” actor has once again won a million hearts by responding to a tweet which featured a specially-abled fan singing a song from his movie “Dilwale Dulhania Le Jayenge” (DDLJ).

In the video that was posted by the brother of the specially-abled fan, the man can be seen singing “Tujhe dekha toh yeh jaana sanam”.

The caption with which the video has been shared reads, “Raju singing his favourite song #tujheDekhaToYeJanaSanam @iamsrk #RajuMeetsShahrukh”

The superstar replied with a heart-warming response and asked the fan’s brother to give him a hug from his side. SRK tweeted, “Wow how well he sings. Give him hug from me. Love”.

Wow how well he sings. Give him hug from me. Love https://t.co/3Vtg6IKeii

This lovely act on the part of King Khan has once again made his fans crazy for him and it shows that SRK is not just a superstar but also a good human being.

Shah Rukh Khan was last seen in Anand L Rai’s “Zero” which was not able to recreate the magic of Shah Rukh on the box-office. Things are not going pretty well for SRK on the professional front as his movies are not performing well and after “Zero” he has decided to take some time before starting any other project.

What a noble gesture from the actor for his fan! He is called King Khan for a reason and he fully justifies the title over and over again! What do you say?