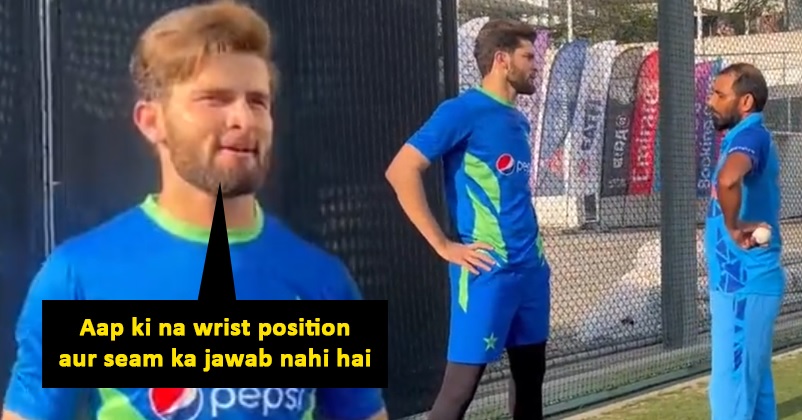 The Indian pacer Mohammed Shami is all over social media platforms after he bowled in a lethal manner in the warm-up match which India played against Australia at The Gabba yesterday. In the last over of the Aussie innings, the hosts needed only 11 runs to win but Mohammed Shami spoiled their plans by dismissing 3 batters, one batter got run-out in the same over and India won the match by 6 runs. 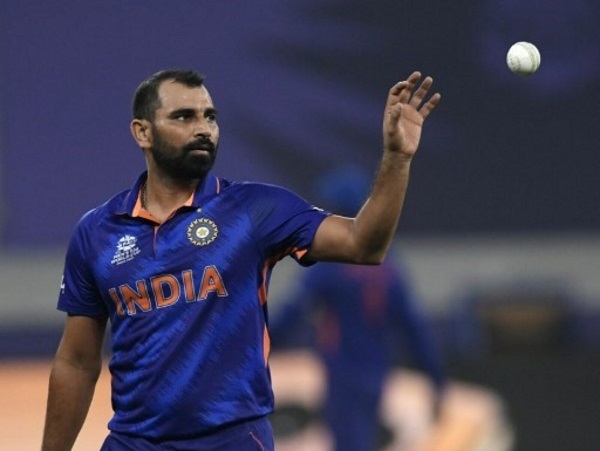 The Indian and Pakistani cricketers interacted with each other and the Pakistan Cricket Board has posted a video on its official Twitter handle in which Pakistani pacer Shaheen Afridi was seen having a chat and taking some tips from Mohammed Shami. 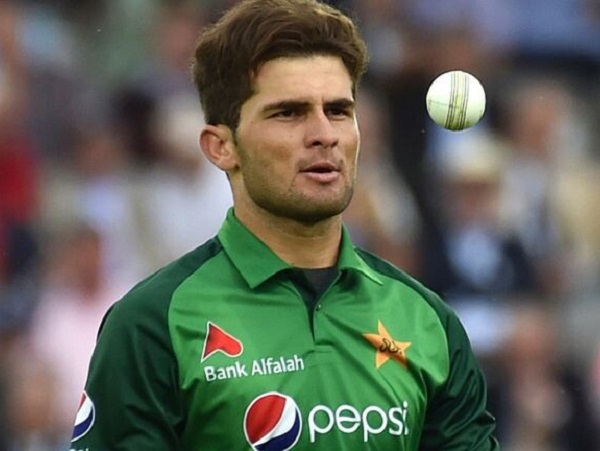 After that, Mohammed Shami also gives him a tip as he says that if the release point improves, the seam will automatically get better.

The @T20WorldCup meetup: Stars catch up on the sidelines 🤩#WeHaveWeWill | #T20WorldCup pic.twitter.com/J1oKwCDII2

While Shaheen Afridi is returning to the field after a long time because he was injured, Mohammed Shami is also making a comeback in the T20Is after a long gap, though he has was a part of the team in other formats. Shami was kept as standby player for the ICC T20 World Cup 2022 but now he will surely play an important role in India’s campaign because he has replaced Jasprit Bumrah who has been ruled out of the tournament due to injury.

As far as the warm-up match is concerned, the toss was won by the hosts and they decided to bowl first. India scored 186/7 in its stipulated 20 overs with the help of brilliant knocks of KL Rahul (57 runs, 33 balls, 6 fours & 3 sixes) and Suryakumar Yadav (50 runs, 33 balls, 6 fours & 1 six). Kane Richardson was the pick of the bowlers for Australia as he took 4 wickets in his 4 overs and gave away 30 runs. The Aussies got to a great start as Mitchell Marsh (35 runs, 18 balls, 4 fours & 2 sixes) and Aaron Finch (76 runs, 54 balls, 7 fours & 3 sixes) produced a partnership of 64 runs for the first wicket. However no other Aussie batter could play well and score runs and six batters of the team were not even able to touch the double digit mark. 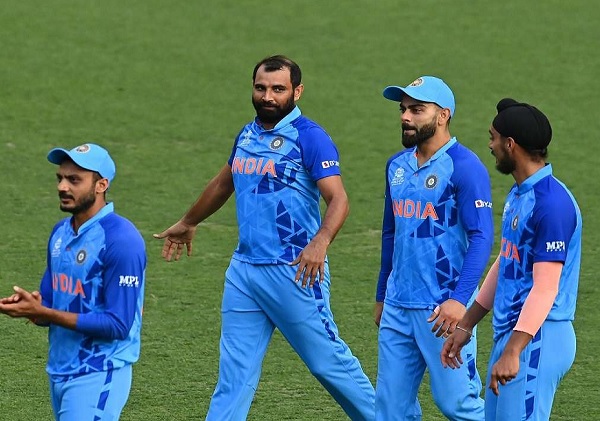 Mohammed Shami bowled only one over but that one over changed everything for Australia. The Indian skipper Rohit Sharma interacted with mediapersons after the match and said that he not only wanted Shami to bowl one over as he made a comeback after a long time but also wished to challenge him by making him bowl the last over and he undoubtedly performed superbly.

Let’s hope Shami plays in the same manner in the tournament too.