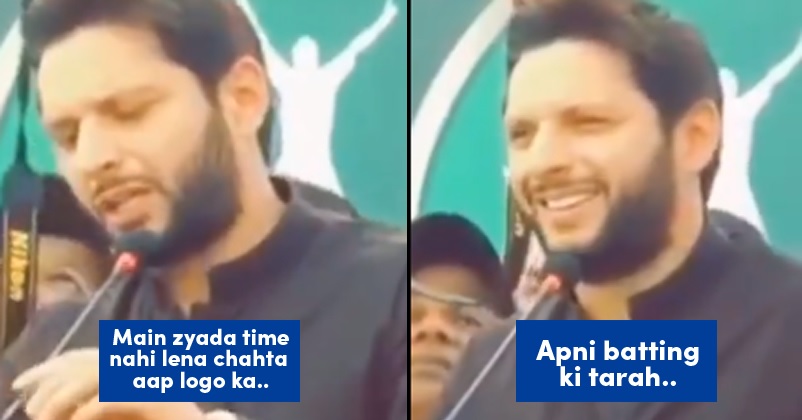 The Pakistani cricketer Shahid Afridi is one of the most loved players of the country and he is pretty famous all over the world. Afridi took retirement from the International cricket in the year 2016 after representing his nation for almost 20 years as he debuted in 1996. Presently, he is busy in playing in different leagues including the Pakistan Super League (PSL) in which he is a member of Multan Sultans. 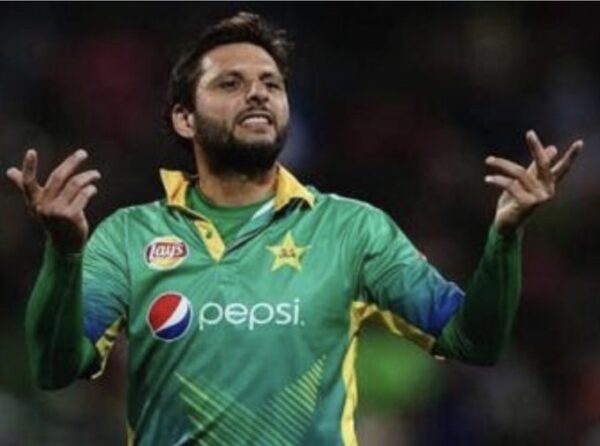 Recently while addressing his supporters, the cricketer who is also known for his sense of humour said, “Main Zyada time nahi lena chahunga aapka, apni batting ki tarah” (I won’t be taking much of your time just like my batting). This left all his fans and supporters with a smile on their faces.

Shahid Afridi was also referred to as Boom Boom for his volatile style of batting and it was believed that either he would play a great innings or would be out for pretty low score. In simple words, he was “all or nothing” batsman and he impressed everyone in the very beginning when he scored a smashing ODI hundred against Sri Lanka which was the fastest one at that time.

Shahid also used to contribute with ball as he was a quite useful leg-spinner. In fact, once he admitted that his love for leg-spin bowling took all his focus from the batting and he stopped working to enhance his batting. 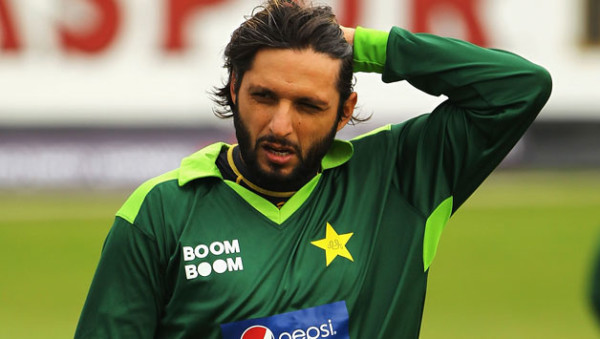 Besides playing in different leagues currently, Shahid Afridi is also involved in many other activities such as charity and social work. Nowadays he also raises his voice on various matters which he thinks equally important. Afridi is also a YouTuber and recently former Indian cricketer Yuvraj Singh appeared in his show.

In that episode, Shahid Afridi strongly advocated the restoration of cricket between India and Pakistan and he said that both the countries should play a series which will be bigger than Ashes in his opinion. As per him, politics should not come in the way of cricketing relations; both the nations should leave other things behind and start playing cricket. For this purpose, he recommended both the sides to sit with each other and solve the issues by talks.