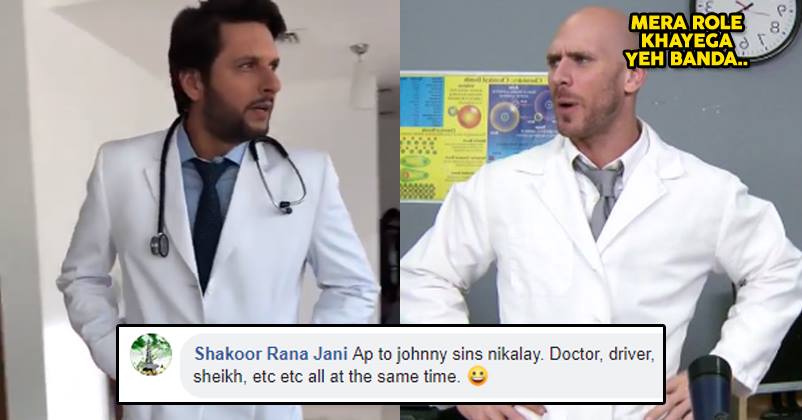 Everyone is well aware of Shahid Afridi,one of the eminent cricket personalities from Pakistan,who enjoys equal popularity among the masses.

His dedication and hard work is quite prominent where cricket is concerned.Though due to many controversial statements made by him centered on various issues,created quite a few headlines earlier.

Recently,the cricketer posted a video on his Facebook page,which is going viral.Check this out.

In this video,Afridi is seen dressed up in different roles like a driver,an engineer or a doctor.For obvious reasons people are laughing out loud about this video gone viral.

Afridi managed to keep the real fact hidden by saying that maybe people are quite not sure what it actually is,but will be soon.As,something is on it’s way.

Soon,people started trolling him like never before,as they compared his various looks with none other than Johnny Sins,the Adult Film Star.

We really hope that Afridi spills the beans soon.

Continue Reading
You may also like...
Related Topics:Shahid Afridi