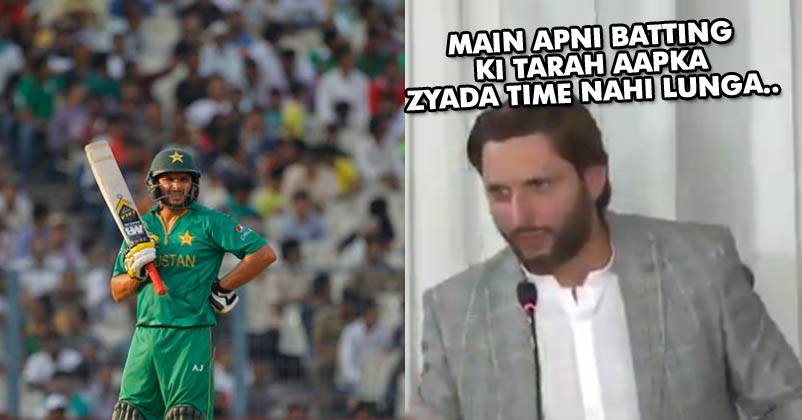 Former Pakistani cricket captain Shahid Afridi has a great history as a batsman. 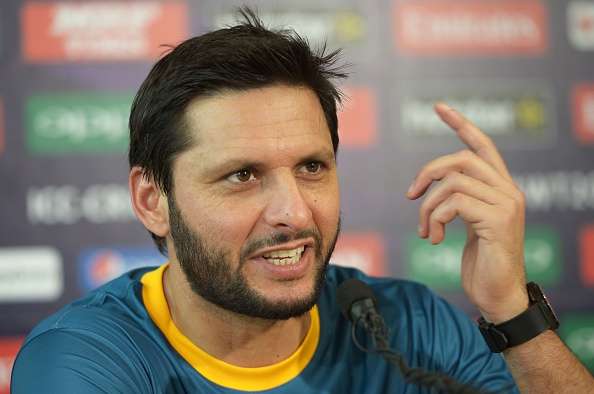 The aggressive batsman has been responsible for several big shots and fast centuries. Remember his record-breaking 100 in 37 balls against Sri Lanka?

You can also check the video directly here.

However, in the later part of his cricket career, he looked quite off the track and hardly gave any memorable innings. Due to the constantly increasing negativity around his performance and pressure from PCB, Afridi retired from Internation Cricket in February 2017.

The famous personality of Pakistan now recently attended an event. While addressing the audience he took a dig on his batting and said-

“Assalamualaikum, just like my batting I won’t take up much of your time”

A Twitter user shared the hilarious video. He wrote-

Shahid Afridi to the audience at a recent event “Assalamualaikum, just like my batting I won’t take up much of your time”

Shahid Afridi to the audience at a recent event "Assalamualaikum, just like my batting I won't take up much of your time" pic.twitter.com/H6L0dNd2Ek

People loved his style and here’s how they reacted-

Hahaha. Such a star

ROFL such a star across border…👌

Isn’t this amazing? Normally stars remain busy in pulling others down, but by trolling himself he proved that he is indeed a man with great sense of humour. We loved the way Shahid Afridi made everyone laugh out loud by making fun of himself. That’s a true quality of a great personality. What do you think?

Continue Reading
You may also like...
Related Topics:Shahid Afridi

Australian Journalist Insulted Kohli & Said He’s Scared Of Pak Bowler. Got It Back From Twitter
Team India Got This Sweet Surprise From Jet Airways During The Flight For Brilliant Performances