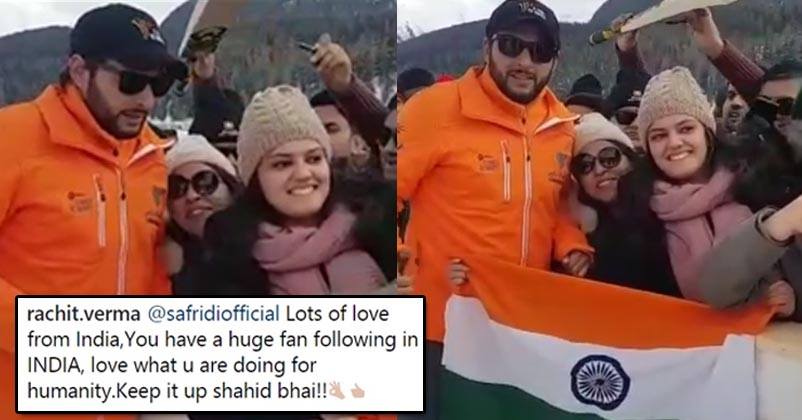 Although India and Pakistan are neighbours and they may have a lot of similarities, there are many issues on which they do not agree with each other and strain in the relation of both the countries is clearly apparent.

The same tension is also visible in few cricket matches that they play in the tournaments but still many times, we have seen that the players of both the teams maintain friendly relations with one another.

Shahid Afridi, the former Pakistani all-rounder, is getting praises and appreciation from Pakistani as well as Indian fans for a sweet gesture that he showed towards the Indian flag. 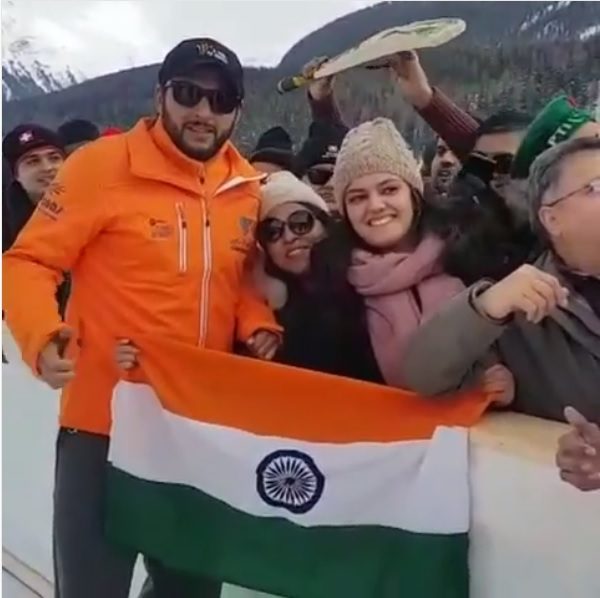 Shahid was in Switzerland where a cricket match was played on ice between his team and former Indian cricketer Virender Sehwag’s team. After the match, many people wanted to take selfies with him and he was trying to oblige everyone. There was one girl who was not holding the Indian flag properly but she wanted to get clicked with Afridi with Indian flag in foreground.

This gesture touched Shahid’s fans and applauding reactions outpoured on Instagram from Pak and Indian fans. Check out some selected comments:

Kudos and respect to you Shahid Afridi!

Shahid Afridi’s Gesture Towards Indian Flag Will Make You Respect Him More. He’s A Gem
Did Qazi Onik Bowl At A Speed Of 160 Km/Hr Or Is It A Technical Problem? See Video