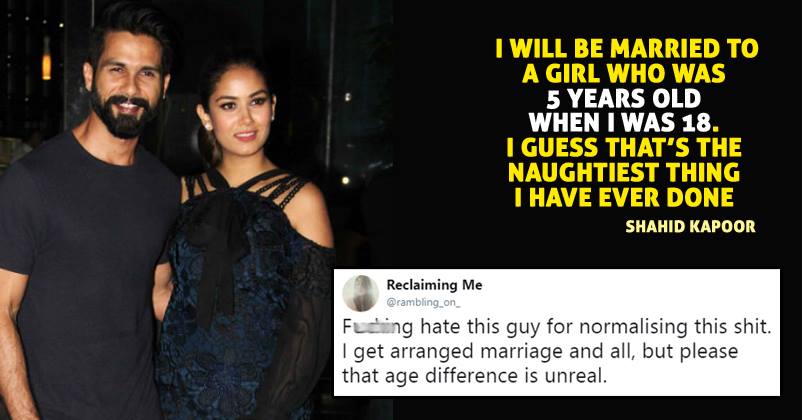 Many hearts were broken when Shahid Kapoor got married to Mira Rajput and what surprised people the most was the age gap of 13 years between them. In fact, Shahid was criticised and trolled on social media for getting married to such a young girl. He was also called “cradle-snatcher” and people slammed him more when Mira got pregnant within a year because they felt that Shahid did not even give her a chance to explore her career options. 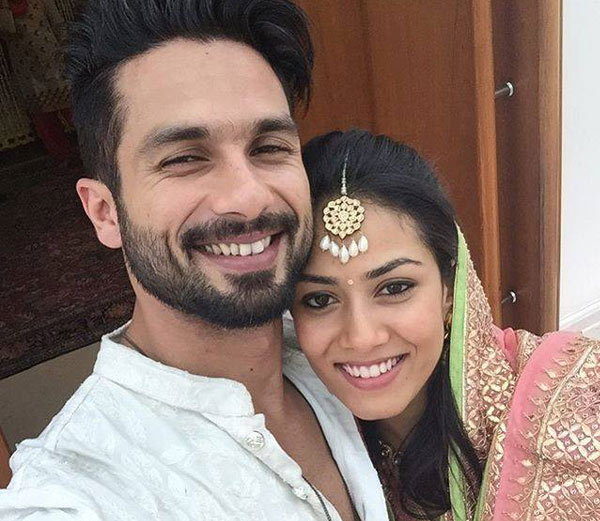 However, everybody’s anger subsided down when Misha was born as she is one of the cutest angels on the Earth but Mira once again rubbed everyone wrongly when she spoke about pup analogy. After that, Mira was trolled mercilessly but still there are many who love to follow their social media networks and call the couple as ShaMira.

Now Shahid is once again in the line of fire after saying something which is not liked by some people and has raised many eyebrows. This is what Shahid said,

“At the age of 18, I had no idea that I will be married to a girl who was five years old when I was 18. I guess that’s the naughtiest thing I have done.” 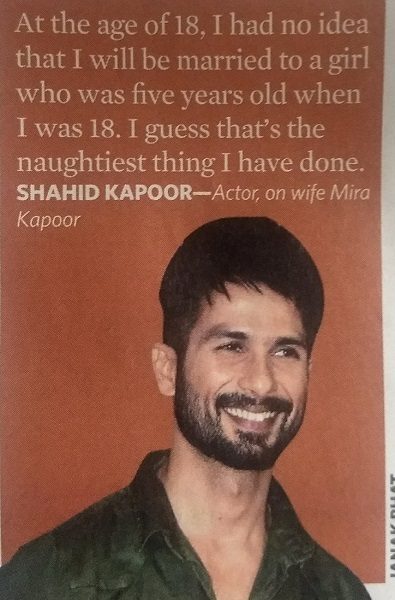 Well, this quote was given to a newspaper by Shahid and the screenshot was shared by a Twitter user with caption, “Dude for the love of God run this stuff by your publicist first”.

Dude for the love of God run this stuff by your publicist first pic.twitter.com/HYWhAHZVbX

Twitter also reacted on this statement and trolled Shahid badly:

He has become just another annoying celeb:

2017 has really put me off Shahid. Once a favourite, now just another annoying celeb. https://t.co/9wC5TvvBj9

A jibe at the age difference between Saif Ali Khan and Kareena:

Just realized it'd still be true if you replace Shahid's name in the quote with Saif.

He appears to be creepier than Milind Soman:

Couple competing for 'who is the stupidest' outta the two https://t.co/EtDCabGxw3

However, several users didn’t find anything wrong in what Shahid said. Check out comments:

People have a habit of getting annoyed and offended on everything under the sun these days. He is simply stating a fact in a humorous way, I have no idea what is problematic in it.

why being so dramatic about a thing that's said in a fun way? now a days people get offended on anything & everything. seriously!

What do you have to say about Shahid’s remark? Let us know.

Virat & Anushka Did Awesome Bhangra At Their Mumbai Reception. Brand New Videos Are Out
A.R. Rahman Shared A Pic With Virushka But Focus Was On Him. Internet Hilariously Trolled Him