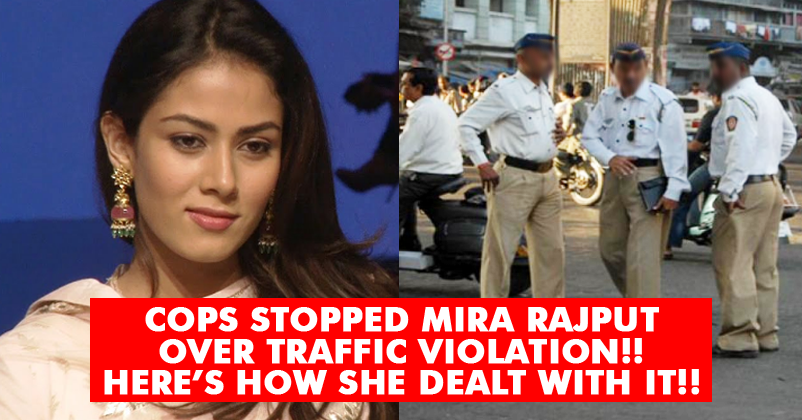 Shahid Kapoor and his wife Mira are everyone’s favourite so whatever they do media talks about it. Despite being an outsider in Bollywood industry, it’s wonderful to see Mira’s amazing attitude and the way she manages to blow everyone’s mind with her confident statements and appearances. As per a TOI report, Mira got into trouble with traffic cops for parking her car in the ‘No Parking’ zone a few days back. But when the traffic personnel caught her and fined her, unlike other Tinseltown celebs who try to argue and get away with the cops by using their star power, Mira gave in and apologized for her mistake. She even paid the fine without raising any question. This shows her smartness; she could have dragged the matter unnecessarily, but instead of wasting time or creating a scene there, she preferred to respect the rules. Sometimes smartness helps in making things easier, right?

“Usually in matters like these stars/star wives argue to let go off the fine, but Mira was very polite and didn’t hesitate to pay. The car driver has also been fined for jumping the signal in the past,”

Well, we really appreciate the way Mira took responsibility of the mistake and hope others take it as an example. Also we hope they always follow the traffic rules at the first place and don’t let this situation appear. What do you think about it? Share your thoughts with us.

Shahid & Mira are parents of an adorable daughter Misha who is also loved by millions of people worldwide.

SRK All Set To Shatter Bollywood Records! He Is Going To Play The Role Of A Soldier In His Next!
SRK Reveals An Interesting Fact About Smriti Irani’s Stepdaughter & It’ll Surprise You!