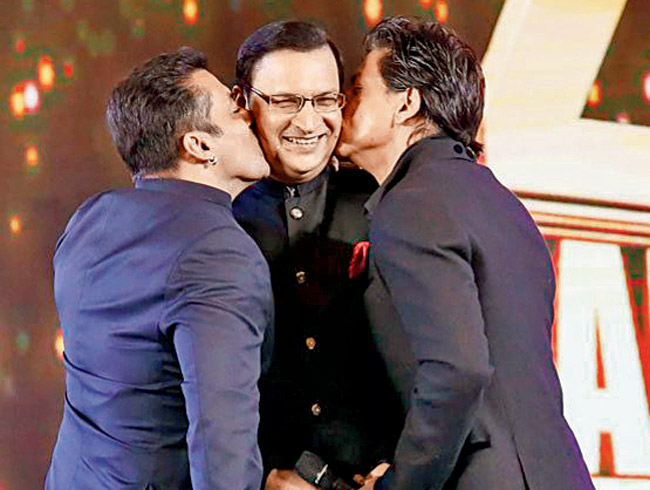 The Khantastic moment when the three khans shared the same stage for 1st time.

In the 1st time in history, the three khans (Shahrukh, Slaman and Aamir) were seen sharing the same stage. This very rare moment was seen during the celebration of 21 years of Aap Ki Adalat. The function was also attended by India’s PM- Narendra Modi and President – Pranab Mukherjee.

During the function, Shahrukh called Salman as India’s biggest superstar, which drew the attention of the crowd and was followed by a loud cheer. Shahrukh and Slaman having selfie with Rajat Sharma

The trio of Khan were also seen performing towel dance on a hit song from Mujhse Shaadi Karogi. The special episode will be telecasted on India TV and STAR Plus on December 7 at 10pm.

Watch the teaser released by Star Plus:-
Post by STAR Plus.

What do you think about this rare moment.. Will we ever be able to see the three khans again sharing the same stage??