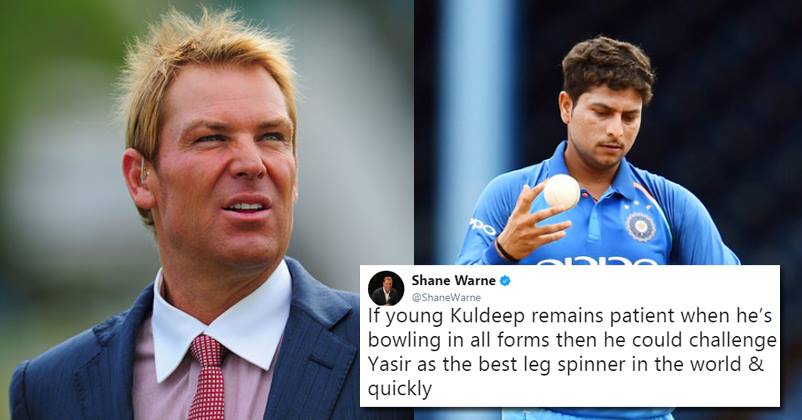 The Australian cricket team has lost the ODI series against India by 1-4 and Indian spinner Kuldeep Yadav has played an important role in their defeat. The left-arm unorthodox spinner was so brilliant in his bowling that Australian batsmen find it difficult even playing him, leave alone scoring runs freely on his bowling. 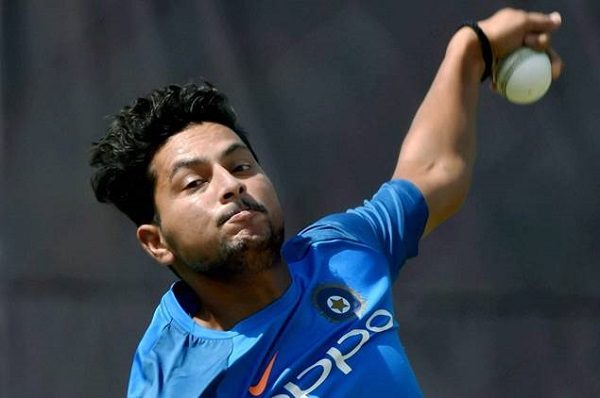 The Australian leggie Shane Warne whom Kuldeep considers as his idol also got impressed with the 22 years old spinner. He took to twitter and praised him, “Was a pleasure to meet young Kuldeep when I was last in India. I really enjoy watching him bowl & cause confusion, even against Oz #INDvAUS”

Was a pleasure to meet young Kuldeep when I was last in India. I really enjoy watching him bowl & cause confusion, even against Oz #INDvAUS

Shane went on to make another tweet for appreciating Kuldeep but it made Pakistani cricket fans angry as he tweeted that if Kuldeep keeps bowling patiently, he will be in a position to challenge Pakistan’s Yasir Shah. 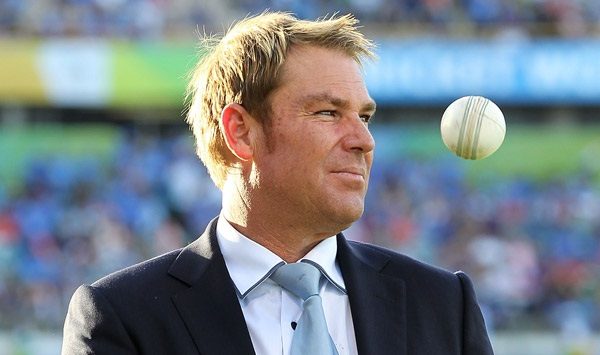 Here’s what he tweeted, “If young Kuldeep remains patient when he’s bowling in all forms then he could challenge Yasir as the best leg spinner in the world & quickly”

Kuldeep welcomed Shane’s advice and wrote, “Will keep it in mind, thanks @ShaneWarne see you soon !”

Will keep it in mind, thanks @ShaneWarne 🙌🏻 see you soon !

This is how Twitter reacted after Shane compared Kuldeep with Yasir:

Few encouraging words and a pat on his back from u wud definitely do wonders for the young kid in future.

It’s all because of you, Warne:

Superb call Warne. Words coming from you is a big boost to the confidence of this young bowler.

However, there were few who criticized this comparison:

No comparison between them:

While few had a different thought:

Kuldeep is well ahead of him in ODIs and T20s. In test, he'll be better than him in future 🙌🏻

We 🇵🇰 shouldn’t take it negatively. He’s just encouraging the young lad @imkuldeep18 No comparison what so ever so far.

Yasir Shah took 150 wickets in just 27 test matches which placed him on the position of the second fastest bowler to take 150 wickets. He is sharing this position with a legend of his own country, i.e., Waqar Younis. Yasir’s performance in England was deadly as he took two five-wicket hauls and one ten-wicket haul.

The world’s fastest bowler to take 150 wickets is South Africa’s Sydney Barnes and he accomplished this achievement in just 23 test matches. Shane Warne is himself one of the best spinners of world cricket and he took 708 wickets in test matches and 293 wickets in ODI.

Do you think that Shane is right about Kuldeep Yadav?

Hardik Pandya’s Latest Intagram Post With A Girl Is Making Netizens Crazy. Who Is She, Asked Fans
Bhuvneshwar Kumar Finally Introduced His “Better Half”. We Are Very Happy To Meet Her