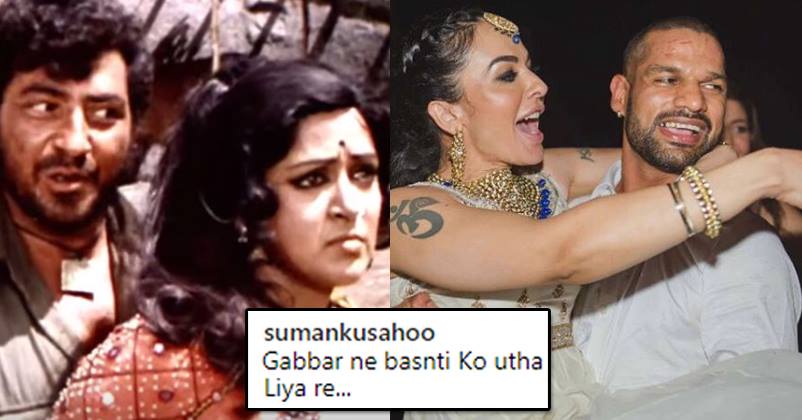 The Indian team may have won the last test match of the series against South Africa but it has lost the series by 2-1 and fans are hoping that they will perform well in the ODIs.

Shikhar Dhawan has been an important part of the Indian squad for a long time but his bat didn’t perform well in the first test match and he was dropped for the second and third test matches. But now he will be back in the team for the ODI series and we are really hoping that we will see Gabbar back in form again.

As he was out of the squad, he had a great time with his family. If you visit his Instagram account, you will get to see many pics in which he can be seen having fun with his family.

Just recently, he uploaded a photo in which he can be seen holding his wife Ayesha in his arms. He shared the pic on Instagram with caption, “Nachi jo saadey naal onhu dil vi dawaangey @aesha.dhawan5 😍😍😘😘” 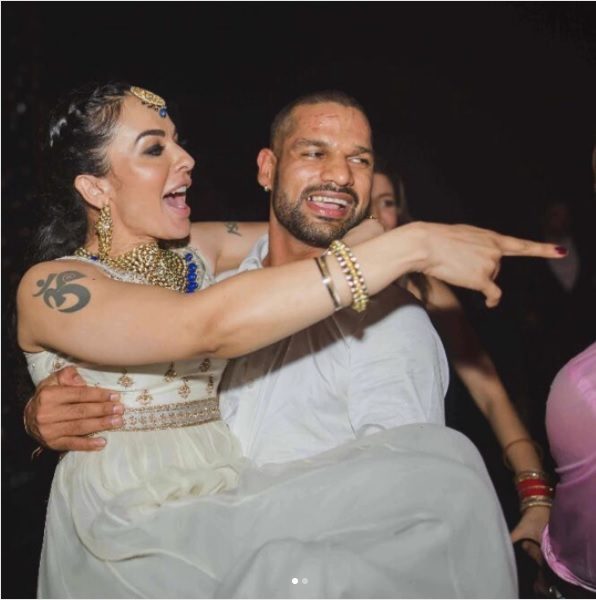 This is a famous Hans Raj Hans song and for those who don’t understand Punjabi, it’s meaning is, “I will give my heart to the one who will dance with me”.

Social media users loved this pose and the caption and comments outpoured on the photo-sharing site where netizens called the couple Gabbar and Basanti. Here are some of the comments:

This Jodi of Gabbar and Basanti is made for each other, isn’t it?