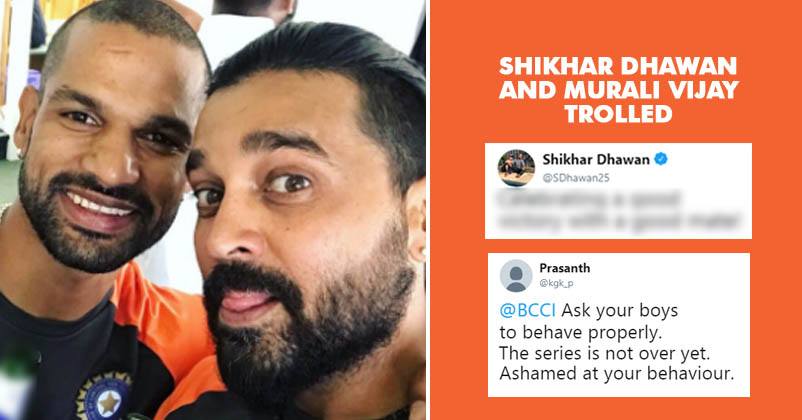 The Indian cricket team made a great comeback in the 5 test match series against England by defeating the host in the 3rd test match that was played at Trent Bridge, Nottingham, England. Team India needs the similar performance in the remaining two test matches to win the series as England is leading the series by 2-1.

The Indian bowlers were doing their job brilliantly before also; however, the Indian batsmen except skipper Virat Kohli were not fulfilling their responsibilities properly. Nevertheless in the third test match, the batsmen bounced back that resulted in a wonderful victory by 203 runs.

The Indian players also celebrated their victory and comeback in the series but now two Indian cricketers are getting slammed for a photo that they clicked during the celebrations.

Indian cricketer Shikhar Dhawan shared a photo on his Twitter account in which he can be seen celebrating with his mate Murali Vijay but both of them had a bottle of beer in their hands. 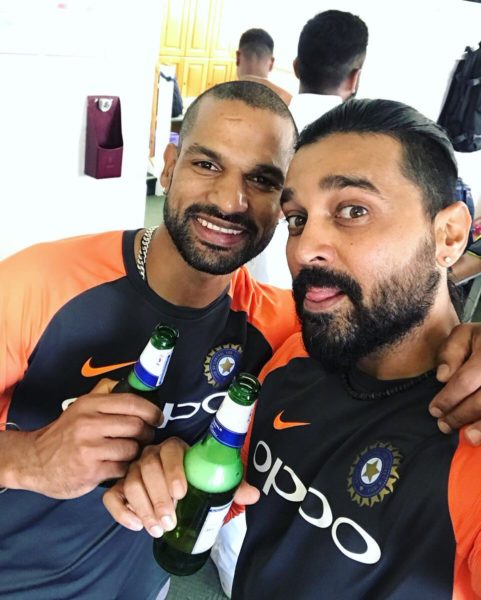 Twitterati didn’t like the photo as both the cricketers are promoting liquor and that too when they are in the jersey of team India. Some slammed them for posting such photo online as it gives an impression to the youngsters that having alcohol is fine and it is an open secret that Indian youngsters follow cricketers blindly. There were few who preached them about the ill-effects of having liquor while several others asked BCCI to take an action against them.

I will say it's shameful drinking beer while on Team India's Jersey! Please do not reapeat it ever.

This is pathetic, Having beer with Indian Jersey.. Shame on you,.. This sends wrong message to young generation!!!

@BCCI @imVkohli should players be posting pics with alcohol with team t-shirts on? Sends wrong message to youngsters that it's ok to booze.

Well last time they had posted a pic with beer in West Indies, and action was taken by @BCCI , what’s your take on this pic @BCCI ?

You just won a test match . Why do you need celebration ? What for! @BCCI @RaviShastriOfc @imVkohli . Ask your boys to behave properly. The series is not over yet. Ashamed at your behaviour.

What do you think of this behavior of these cricketers? Do let us know.

Happy Phirr Bhag Jayegi Honest Review Out. Read And Book Your Tickets Accordingly
Lawyer Praised Rishi For His Performance In Mulk. Rishi Got Angry At His Grammar & Trolled Him