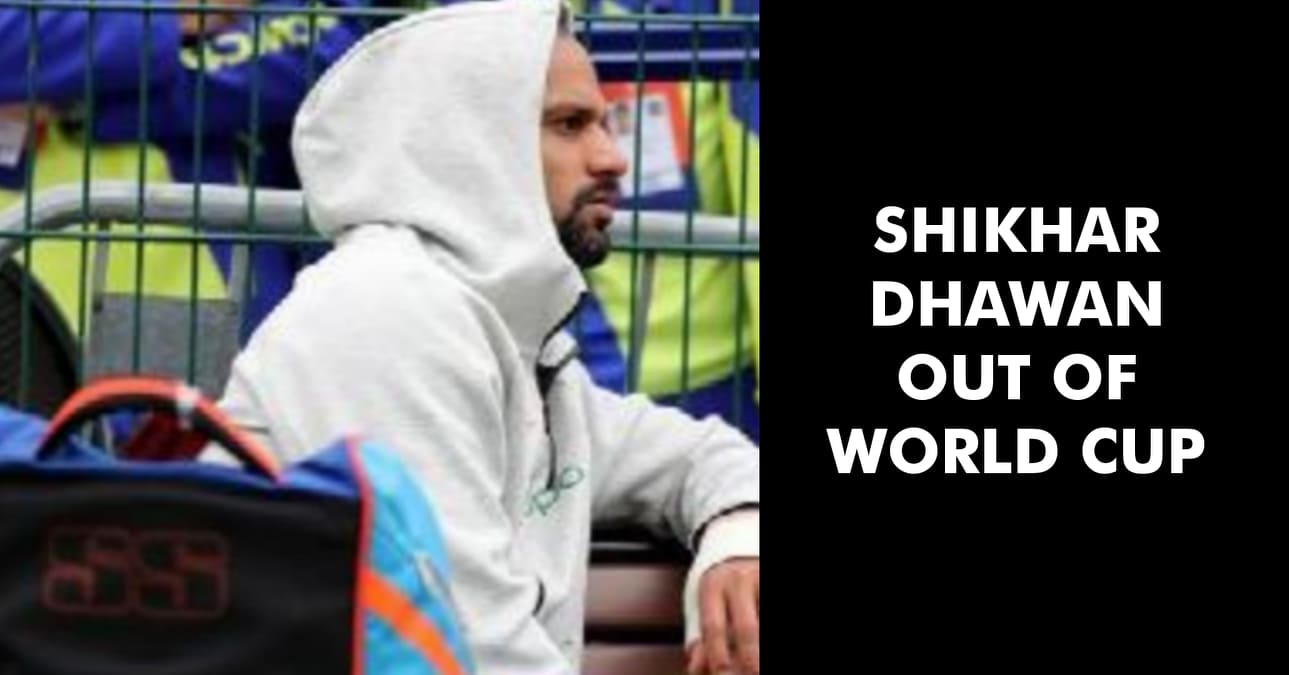 BCCI has officially announced the exit of Shikhar Dhawan from the squad blue and entry of Rishab Pant in his place. Dhawan will not be a part of the Indian cricket team because of a fractured left thumb. The departure of one of the best batsman of the team is really disheartening, for the team as well as Indian fans. However, young talent Rishab Pant is also a promising player who performed well during India-Pakistan match which led to our national team’s third win.

Official Announcement 🚨🚨 – @SDhawan25 ruled out of the World Cup. We wish him a speedy recovery #TeamIndia #CWC19 pic.twitter.com/jdmEvt52qS

Now, batsman KL Rahul has been promoted to open the Indian inning with Rohit Sharma. The 21 years old Rishab Pant was put standby by the BCCI. He has now a big opportunity ahead for him to prove his worth in the national team and live up to the expectations of the fans.

See how twitter reacted to Shikhar Dhawan’s exit from the team.

Really unfortunate that Mr. ICC is no longer a part of #TeamIndia for the #CWC19. Wish Dhawan a speedy recovery….

It's so heartbreaking to be ruled out of a world cup due to injury, my heart goes out to @SDhawan25. Well done on your contribution so far buddy, get well soon. #Dhawan #ICCCricketWorldCup2019

Feel for Shikhar Dhawan. He was part of the process that made India such a strong side. He will miss the golden chance of being a world champion @SDhawan25

Shikhar Dhawan is ruled out of world cup due to his injury and to replace him a deadly & furious opener for bowlers of opponent Rishabh Pant takes his place. Eagerly waiting for pant storm…!!
Go Young man…!!!#Rishabh_Pant#CWC19

Shikhar Dhawan has been ruled out of the rest of the World Cup. Rishabh Pant has been named as his replacement #CWC19