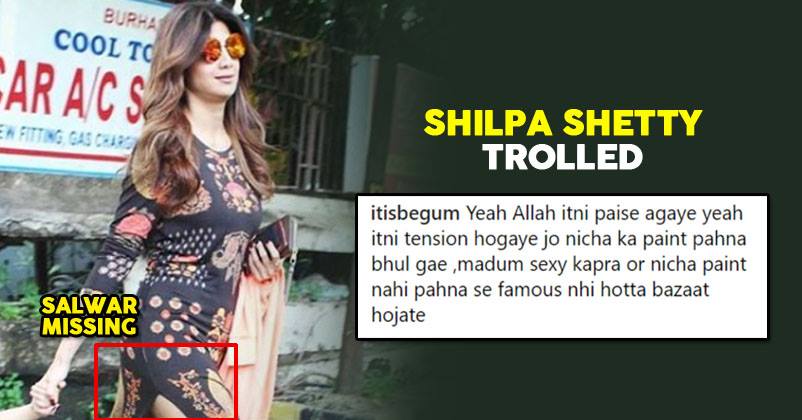 Trolling a celebrity on social media is a very common thing nowadays and the latest target of these haters is Bollywood actress Shilpa Shetty.

Shilpa is one of the most beautiful actresses of Bollywood and she has impressed people with not just her acting but also her dancing skills, yoga and writing. She is also a producer, a businesswoman and an expert on health and wellness.

She may not be very active in movies nowadays but she is seen on television, judging reality dance shows. The actress who is married to businessman Raj Kundra has a great fan following in India as well as in foreign countries.

However presently, she is being trolled on social media for an old photo that was clicked on September 7, 2017. In the photo, Shilpa is seen wearing a black printed dress with thigh slit and is accompanied by her son Viaan. 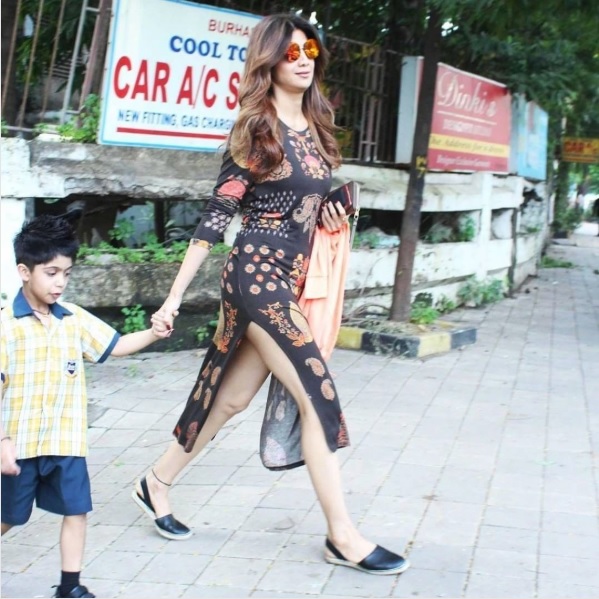 While some love the way she carried herself, most of the users didn’t like her dress and started slamming her. They made fun of Shilpa by saying that she forgot to wear her pants whereas others gave her lecture on how to dress when she is with her son.

Do you think that Shilpa’s dress is really inappropriate or is it just that trollers need a chance to mock a celebrity? Let us know your views.