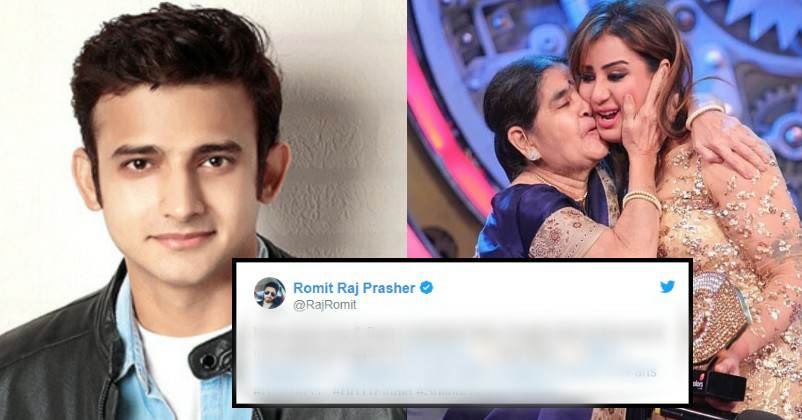 The season eleven of the reality show Bigg Boss has come to an end with actress Shilpa Shinde emerging as the winner, defeating Hina Khan in a close fight. Both the actresses, Shilpa and Hina, were considered as strong contenders from the very beginning of the show because of the huge fan following they enjoy.

While Shilpa has been working in the television industry for a long time, Hina rose to fame with the TV serial “Yeh Rishta Kya Kehlata Hai” in which she worked for a long time. Shilpa managed to make her place in the good books of people but Hina did many things for which she got slammed and one reporter went on to the extent of calling her “mohalle ki aunty”.

When Shilpa entered the house, she was also involved in a controversy related to TV serial “Bhabi Ji Ghar Par Hai!”, but she didn’t create any controversy inside the house. What’s more, some contestants also gave her the status of mother as she appeared to be caring and cooked food for them.

It’s an open secret that Shilpa got more support from TV celebs in comparison to Hina and here is how celebrities reacted after Shilpa won the Bigg Boss trophy:

UNBELIEVABLE the number of times she & her FANS had to prove themselves to make her a WINNER!#BB11Finale

Well done #ShilpaShinde ! Your sheer perseverance, kindness and patience HAD to pay off. Your unprecedented fan following made sure you brought the trophy home. Bravo. Congratulations #Shilpians ! #bb11

Congratulating Shilpa Ji and all her fans for a well deserved win ❤️ #BB11 JAI HO.@lostboy54 waiting to see our rockstar ❤️ u won millions of hearts and their respect Guchipoo 😘

Welcome back all of u to the real world 😘

Love this greetings to all shilpa supporters u all made it tht @justvoot crashed haahahahhahah pic.twitter.com/HXiu6pFIV0

Congratulations #Shilpa shinde for the win .u have a great career awaiting u.all the best.#FANLOVE

Congratulations, Shilpa Shinde. Trophy was just a formality, you won long ago. Your simplicity, truthfulness and no-nonsense attitude is unparalleled. Thank you for putting the overconfident vamp who ridiculed "Hindustan and Maharashtra" that gave her everything, into her place.

What a turn of events in #ShilpaShinde 's life. After being banned by almost everyone in the industry, she is the WINNER today. Fantastic! Congratulations galore😍 Congrats to @eyehinakhan and @lostboy54 too for making it so far . You both should be proud of urself. #BB11Finale

RVCJ wishes Shilpa luck for all her future endeavours!

Hina Khan’s First Interview After Bigg Boss 11 Finale, Revealed Many Interesting Things
BB 10 Winner Manveer Gurjar Is All Set For Bollywood Debut. This Will Be His Heroine In The Film