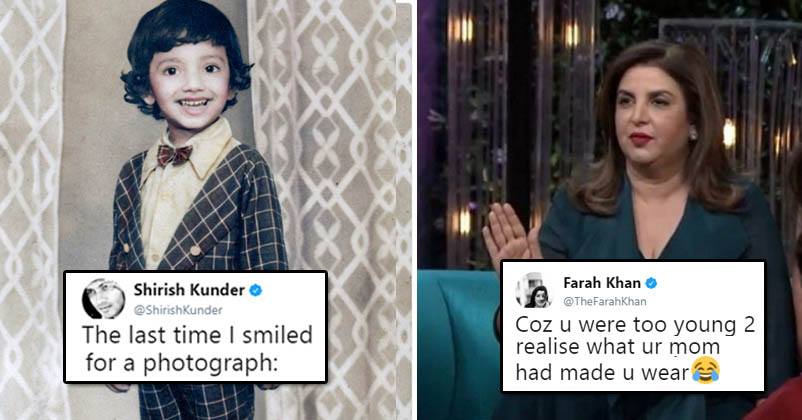 Shirish Kunder and Farah Khan definitely make a lovely couple; however, they rarely showcase their love publicly. The couple is blessed with three cute children and is usually busy in their professional lives. But the sweet banter which recently took place between the duo on the micro-blogging site gave netizens a glimpse of their relationship which is full of love yet cute fights! 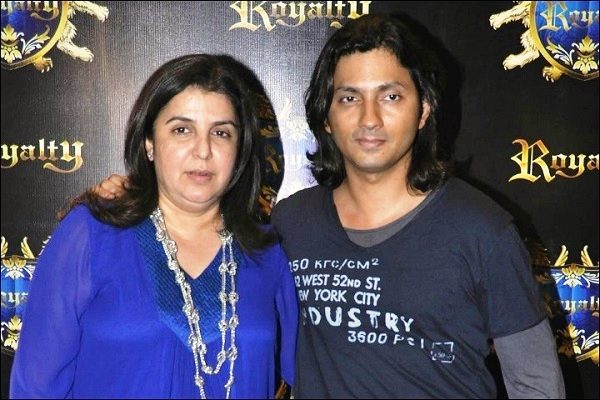 It all started with Shirish sharing a pic of his childhood with caption, “The last time I smiled for a photograph” 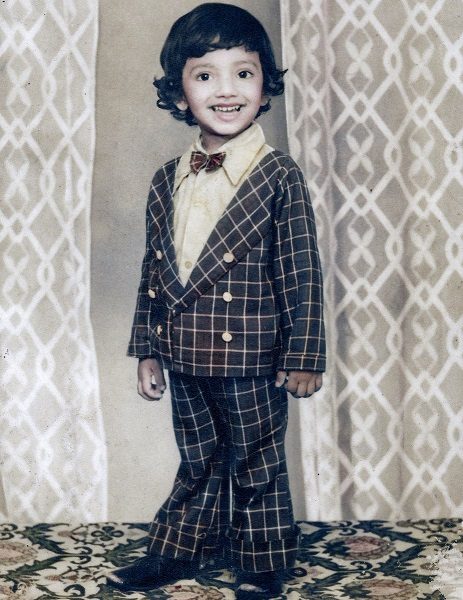 The last time I smiled for a photograph: pic.twitter.com/TLJsUX4voq

The tweet was already funny in nature but what added more humor to it was wife Farah’s tweet which read, “Coz u were too young 2  realise what ur mom had made u wear”

Coz u were too young 2 realise what ur mom had made u wear😂 https://t.co/eTbzNF4g2S

Shirish took a funny jibe at wifey in response to her tweet and wrote, “At least, I was wearing something. Unlike your childhood photographs.”

And then came Brahmastra from Farah! Just like any Indian wife, she threatened him by tweeting, “You do know that iv just gone to dubai, not Mars!! N ill b returning home soon..”

You do know that iv just gone to dubai, not Mars!! N ill b returning home soon.. https://t.co/xwp2U6jzOp

Well, we couldn’t find any such pic of Farah as Shirish described, though we stumble upon this family pic of the choreographer and filmmaker: 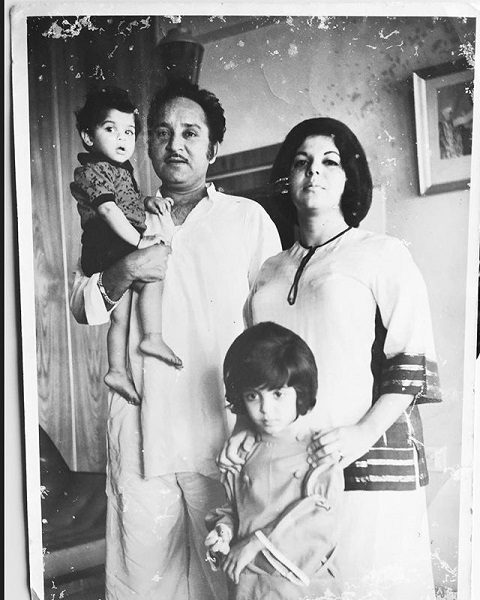 Twitter had a good laugh over this cute fight and they want more of it now! Check out some of the reactions:

You’ll need good friends who can make you stay at their homes:

Hope you have good friends who can accommodate you at their home post this tweet.. @TheFarahKhan right now in " aata majhi satakli" mode

2017 has suddenly become "the year of living dangerously" for sirish 😂😂😂

I love this chat between u2 … pl continue .. @TheFarahKhan ur turn now .. give back to him 👍

What a bold reply!

May God help you after this:

My sincere wishes with you. May God keep you safe & sound after this reply 😂🤣

@TheFarahKhan He doesnt smile any more for pix coz Farah chooses his attire..

There were some senseless comments too, like this one:

😀😀😀😀 with clothes Farah Khan looks dangerous,must have been a scary Farah Khan with no clothes on.

That was damn hilarious, wasn’t it?